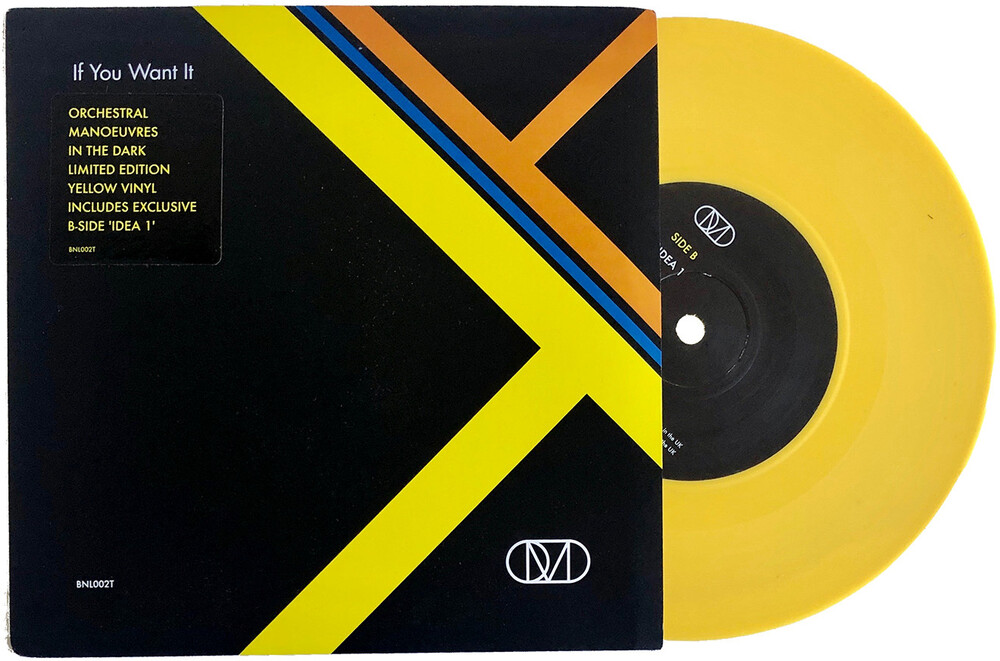 "If You Want It" is from the band's History of Modern album, which was the first OMD album in 14 years that featured the original lineup. "If You Want It" was the first single from the album and it was band's first release since 1996. The song blends OMD's old and new styles. The b-side, "Idea 1," only appeared on this limited-edition, 7-inch vinyl. Artwork by the legendary graphic designer Peter Saville (Joy Division, New Order, Peter Gabriel, Roxy Music).These 7-inches were recently uncovered when Bright Antenna Records moved offices.