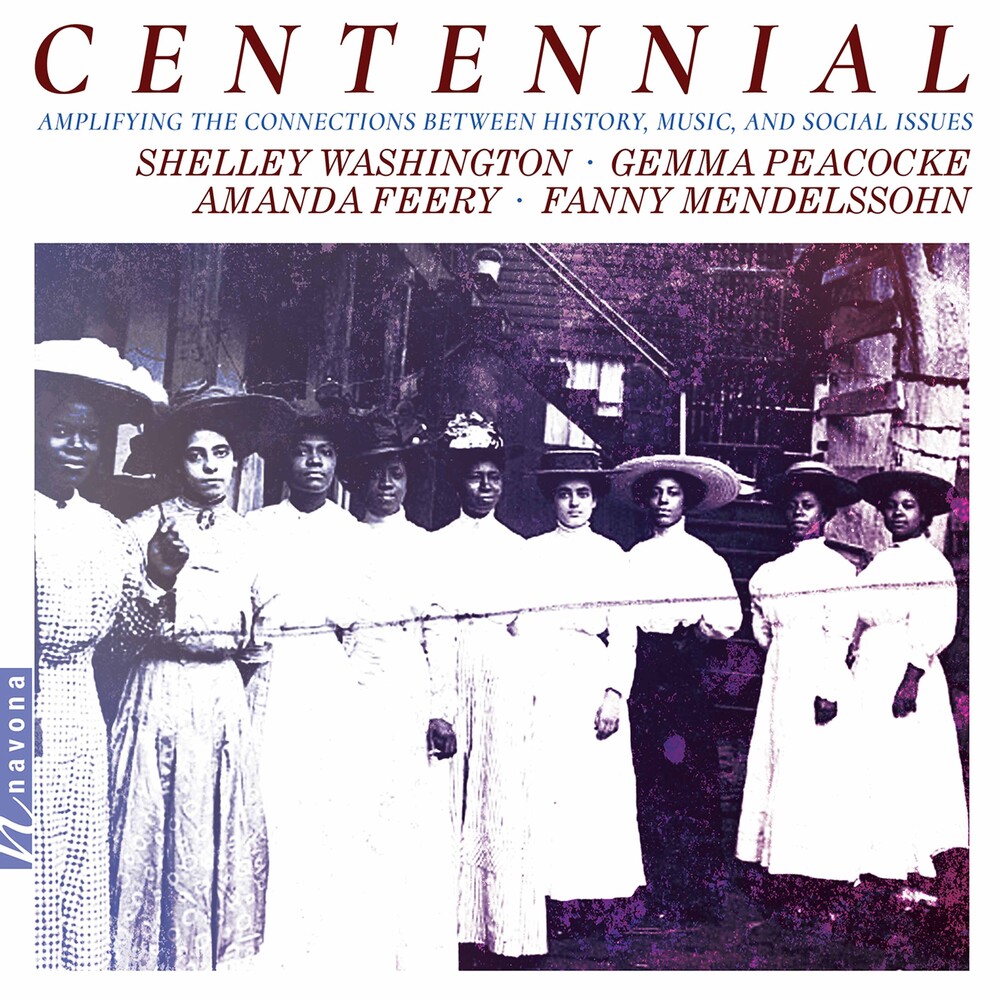 New from Navona Records is saxophonist José Antonio Zayas Cabán's CENTENNIAL, an album of cutting-edge solo and chamber music reflecting on the shortcomings of the 19th Amendment during it's 100-year anniversary. Rather than celebrating, this album urges listeners to recognize the significant work that remains in achieving global equality. Zayas Cabán, the central collaborator and performer on Centennial, merges the musical and the political. As a native Puerto Rican and 2020-2021 McKnight Fellow, he works to develop musical projects and collaborations that confront current events and social issues. As historian Katheryn Lawson describes, Shelley Washington's BIG Talk opens from a place of exasperation and power, speaking out against the wide spectrum of rape culture. The "unrelenting, churning duo" between baritone saxophones urges listeners to "stop perpetuating rape culture by any and every means necessary." Gemma Peacocke's Skin takes a New Zealander's view on the ways the U.S. was built and is constantly remade from the illogics of race. Author of the CENTENNIAL opening essay, Lawson states, "anxieties about sexuality between races, between and among genders, are endemic to this system." Amanda Feery's Gone to Earth responds to the present moment through the lens of Mary Webb's novel of the same name. The phrase "gone to earth" refers to foxes hiding in a hunt, a metaphor for the ways women are "hunted" in societies. Feery was "stunned that [the novel] was written in 1917, and angry that the notion of the predatory hunt and desire to control women is still very much a threat to women's lives today." Fanny Mendelssohn Hensel has long been a source of inspiration for those in search of female musicians and composers. A prodigy who struggled against patriarchal expectations, she premiered the Piano Trio in D minor in one of her Sunday afternoon musical gatherings.