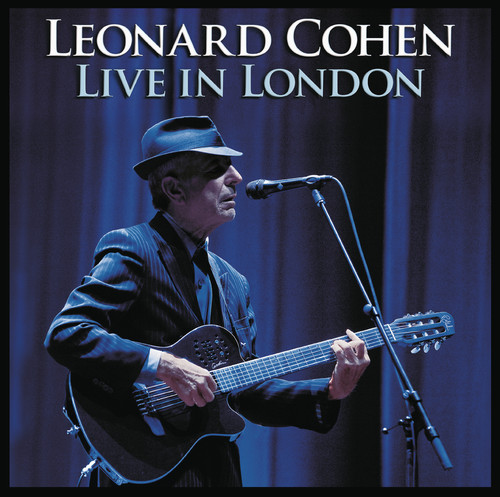 Recorded during his 2008 world tour. For over four decades, Leonard Cohen has been one of the most important and influential songwriters of our time, a figure whose body of work achieves greater depths of mystery and meaning as time goes on. His songs have set a virtually unmatched standard in their seriousness and range. Cohen remains one of the most compelling and enigmatic musical figures of his era, and one of the very few of that era who commands as much respect and attention The set was taken from his July 17, 2008 performance at London's O2 Arena during his world tour last year. The Live in London release fully captures and recreates the extraordinary show from that tour that earned Cohen more than 80 five-star reviews for his performances.