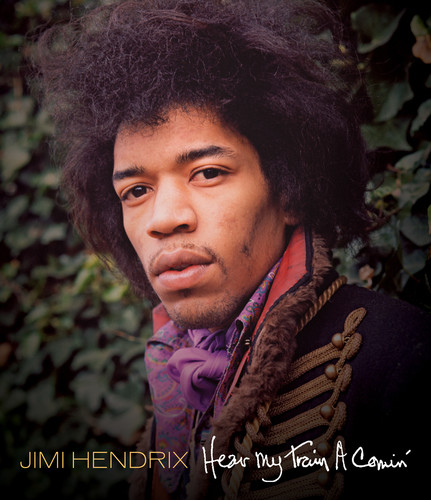 This special presentation of Jimi Hendrix: Hear My Train A Comin' presents the definitive documentary about the extraordinary life of the greatest guitarist of all time.

As seen on PBS' American Masters (PBS), this critically acclaimed film, directed by Bob Smeaton (The Beatles Anthology; Festival Express), unveils previously unseen performance footage and home movies while sourcing an extensive archive of photographs, drawings, family letters and more to provide new insight into the musician's personality and genius with interviews with Hendrix himself, commentary from well-known friends and musicians including Paul McCartney, Noel Redding, Mitch Mitchell, Billy Cox, Eddie Kramer, Steve Winwood, as well as revealing glimpses into Jimi from those closest to him. The film details the meteoric rise of the Experience, the creation of his groundbreaking music, the building of Electric Lady Studios, his state of the art recording facility in Greenwich Village and concludes with poignant footage from his final performance in Germany in September 1970, just 12 days before his death at age 27.

A pioneering electric guitarist, Hendrix had only four years of mainstream exposure and recognition, but his influential music and riveting stage presence left an enduring legacy.

BONUS FEATURES INCLUDE 13 PREVIOUSLY UNSEEN PERFORMANCES ONLY AVAILABLE ON THIS DVD :

Never before released color film footage of the group's legendary May 18, 1968 festival performance, including "Foxey Lady," "Tax Free," and "Fire" together with interviews with festival promoter Michael Lang and engineer Eddie Kramer.

Never before released color film footage of the group s July 17, 1970 festival performance, including "Message To Love," "Lover Man," "All Along The Watchtower," "Purple Haze," and "Voodoo Child (Slight Return)."

Newly discovered archival film footage of the final performance by the Jimi Hendrix Experience on September 6, 1970 at the Isle Of Fehmarn, Germany. Includes "Killing Floor," "Spanish Castle Magic," "All Along The Watchtower" and "Foxey Lady" and an amateur soundtrack recording recorded by the festival promoters using stage microphones.

TOP OF THE POPS: