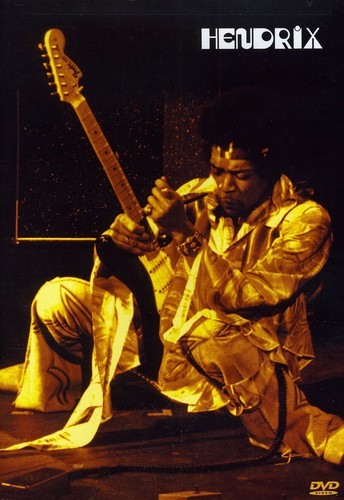 Jimi Hendrix's legendary performances with the Band Of Gypsys remain one of his most impressive achievements. JIMI HENDRIX: BAND OF GYPSYS LIVE AT THE FILLMORE EAST features the only known footage of the group in concert. All of the existing black and white video footage of the groups January 1, 1970 first show is presented in it's original performance sequence. The audio soundtrack features a brand new stereo and 5.1 stereo surround mix by Eddie Kramer, Jimi's original engineer. The revolutionary impact Jimi Hendrix, Billy Cox and Buddy Miles had upon the boundaries and definitions of rock, R&B and funk can be traced to four concerts over the course of two evenings. The story of this groundbreaking music is told here in interviews with Jimi, and for the first time, all four of his bandmates, Mitch Mitchell, Noel Redding, Billy Cox and Buddy Miles. Among those also contributing are Lenny Kravitz, Vernon Reid, Slash, and original engineer Eddie Kramer. This Grammy Award winning documentary provides new insights into some of the most exciting and influential music this celebrated guitarist ever created.