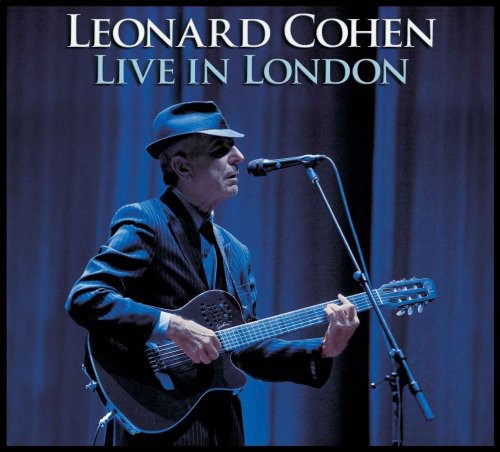 For over four decades, Leonard Cohen has been one of the most important and influential songwriters of our time, a figure whose body of work achieves greater depths of mystery and meaning as time goes on. His songs have set a virtually unmatched standard in their seriousness and range. Sex, spirituality, religion, power - he has relentlessly examined the largest issues in human lives, always with a full appreciation of how elusive answers can be to the vexing questions he raises. In 2008 Leonard Cohen embarked on his first tour in 15 years. Quickly recognized as musical folklore in the making, 29 of the original dates sold out almost immediately, leaving fans and critics alike hailing the show as a once in a lifetime experience. By popular demand, the Canadian/UK tour was extended and by the end of that year it had reached 84 markets worldwide, selling more than 700,000 tickets. The Live in London release fully captures and recreates the extraordinary show from that tour that earned Cohen more than 80 five-star reviews for his performances.