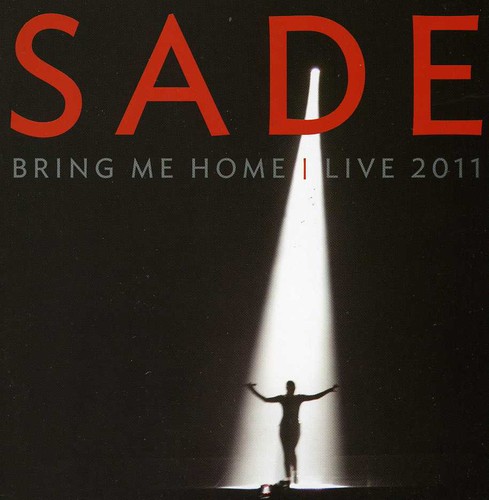 Hailed as "the best concert of the year" by the Baltimore Sun, Sade will release their live DVD/CD for, "Bring Me Home - Live 2011" on May 22nd. In 2011, after a 10 year hiatus, Sade returned to the U.S. for a 54-date tour in support of the platinum selling album Soldier of Love (Epic Records), which became one of last year's top 10 grossing tours. The tour, directed by the renowned Sophie Muller, will now be available on DVD/CD, featuring 22 of Sade's biggest hits performed live on the visually stunning stage which was nominated by Pollstar for "Most Creative Stage Production" and "2011 Major Tour of the Year Award." Sade also grants fans a rare, all access look behind-the-scenes with a 20-minute documentary film shot by Sophie Muller, as well as a technical documentary by Stuart Matthewman, and outtakes from the crew. Fans and critics alike have hailed the show for it's intimate vibe, eye-catching production, and dazzling imagery, making this DVD/CD a 'must-have' for the ultimate Sade fan. Sade has enjoyed phenomenal success both internationally and stateside throughout the span of their 25-year career. Since the release of their debut album, Diamond Life in 1984, the band have seen all five of their studio albums land in the Top 10 on Billboard's Top 200 Album Chart selling a total of more than 50 million albums worldwide to date. They've been nominated for American Music Awards, MTV Video Music Awards and have won three Grammy Awards - first in 1986 for Best New Artist, then in 1994 for Best R&B Performance By a Duo Or Group for "No Ordinary Love", and again in 2002 for Best Pop Vocal Album with Lovers Rock. The CD includes all Live audio tracks from the concert while the DVD will feature Live concert footage from Sade's 2011 Live tour (120 minutes approx), documentary (40 minutes approx), Skits/Beneath the Trenches (10 minutes approx). The DVD will also be subtitled in 7 languages: English SDH, French.