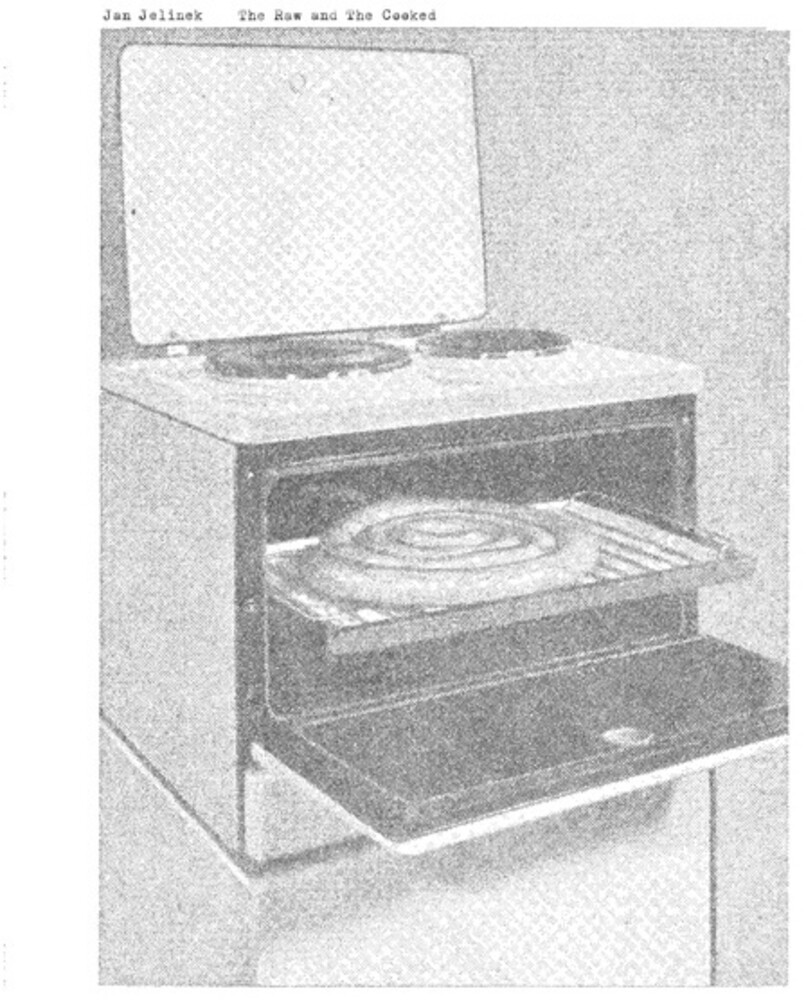 Vinyl LP pressing. Faitiche releases an album version of the radio piece Vom Rohen und Gekochten (The Raw and The Cooked) originally composed and produced by Jan Jelinek for the state broadcaster SWR2. The album The Raw and The Cooked brings together five sound collages that deal with the consistency of material and it's mutability. Solid, raw, boiling, powdery, liquid, broken and folded - categories which describe the nature of material. They can also be read in a chronological sequence: solid becomes broken becomes liquid becomes powdery... Material tells of it's essence as it drifts through it's states, always in correspondence with external energies. The Raw and The Cooked observes the artists Thomas & RenĂ©e Rapedius as they design their paper and metal objects and the artist Peter Granser as he ritually prepares Japanese tea, it shatters glass, bends metal and burns wood. The resulting audio documents capture processes of material transformation as sound.