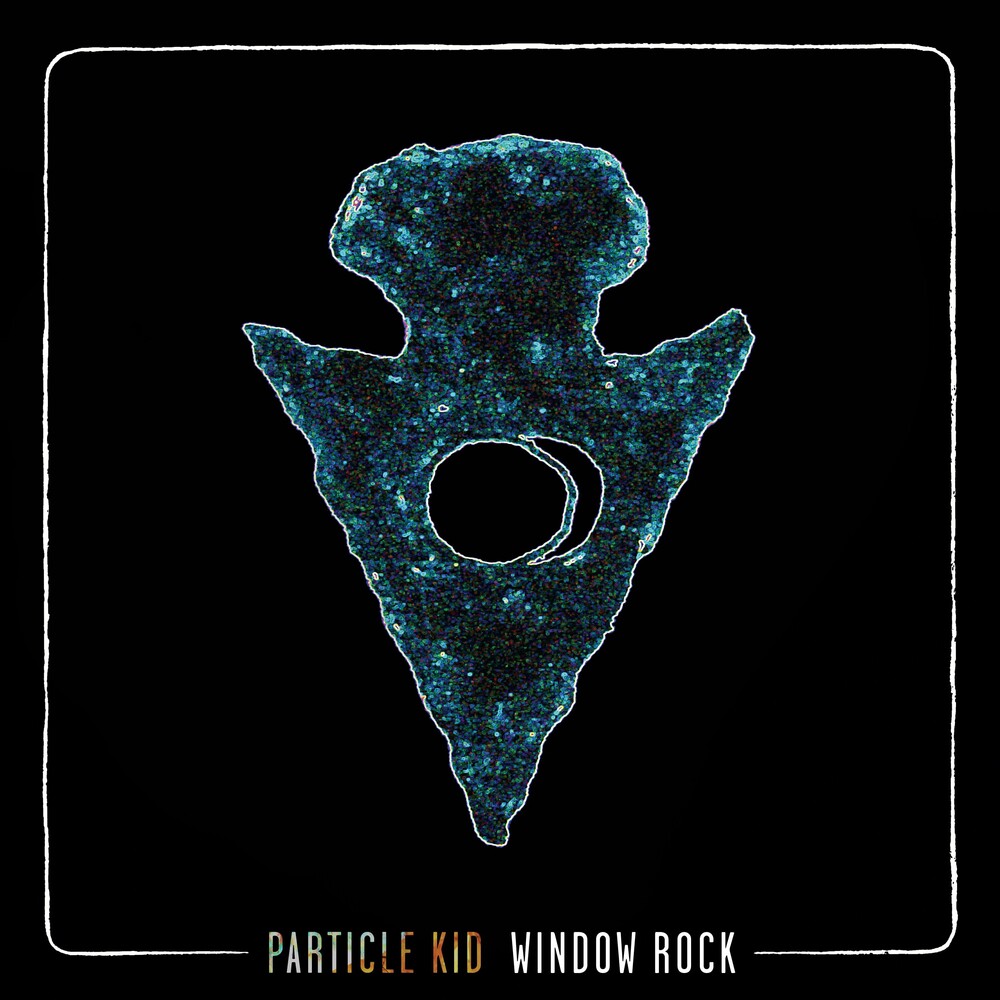 Hailed by Rolling Stone as “a musical polymath who combines an indie DIY aesthetic with a questing hippie spirit and a relentless work ethic,“ Particle Kid has spent much of the past decade in constant evolution, having gone from making DIY bedroom recordings and performing at underground house shows to collaborating and touring with Neil Young, and sharing the stage with the Saharan Tuareg group Tinariwen, and most recently opening for The Flaming Lips and The Claypool Lennon Delirium.

WINDOW ROCK proves to be Particle Kid’s most outward facing work thus far, with Micah’s reverberant lyricism and melodic scope now grounded by the chemistry of Tony Peluso (drums, Roland SPDX, Juno 6) and Jeff Smith (bass, OP-1, mini-KORG), the rhythm section of his longtime touring band Insects vs Robots. Songs like “Still Going“ and “Stroboscopic Light“ ring out with emotion and depth, elevated by the sound of a locked-in band in full flight. “It’s an existential cry for help in the post-modern age of narcissism and hyper-normalization,” says Micah of “Stroboscopic.” Other tracks, such as the grungy “Radio Flyer“ shimmer with textural art-rock, while the warm, enveloping tour de force “Variac“ strikes with deliberate hooks and melodies.

Whereas previous Particle Kid albums (the self-titled debut Particle Kid, Everything Is Bullshit, Particle War) were either entirely self-created by Micah or a collage of various musician friends, on WINDOW ROCK, Micah creates a cohesive album that represents the sound of his touring band. The trio recorded 14 songs over four and a half days at their regular Venice, CA haunt, Hen House Studios, where Micah co-produced with his frequent studio collaborator, engineer Harlan Steinberger. The approach was to capture raw performances to the MCI 2-inch analog tape machine while still engaging the limitless possibilities of studio recording.

“The process combined the way that people used to record, but with the mixing tech we have now, which is pretty much the way I make records with Neil.” On WINDOW ROCK, Micah built upon his usual home-strewn approach by “blending high quality production with the warmth of analog and personal feel of bedroom recording – a weird collages of things that, on paper, maybe shouldn’t work.“ Aural textures and abstract sounds were recorded on Micah’s 4-track cassette and then sampled and layered live by drummer Tony onto the full band material.
“It’s documenting the sound of the band within a week,“ Micah says. “All captured in a moment of time. I wanted to make a record that represented Particle Kid, the trio, the way we sound live, little fuckups and all. Even with the minimal overdubbed cassette tape sounds we would always consider how we could pull it off live. I think the limitations of that philosophy challenged our performances and pushed us creatively.”

As modern as tomorrow and yet wholly timeless, WINDOW ROCK stands as a significant milestone in Particle Kid’s ongoing story. This ambitious and atypical artist is determined to stay in constant motion, exploring new avenues of sound and structure.

“I don’t want to get stuck in a loop,“ says Micah Nelson. “I'm in this for the long haul. Surviving the dream.”