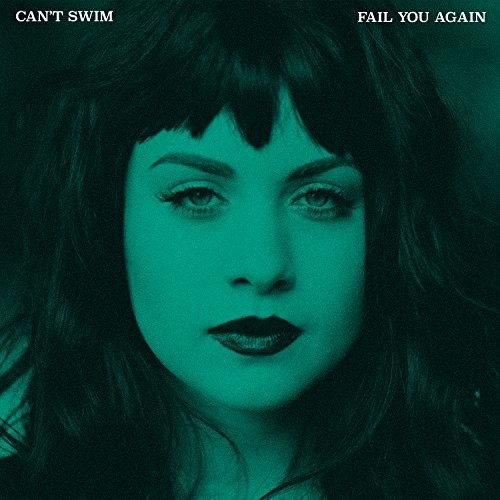 Vinyl LP pressing. Keansburg, NJ post-punk quartet Can't Swim was founded by singer Chris LoPorto in the spring of 2015. After spending most of his life playing drums in various bands, LoPorto decided to step in to songwriting. The songs were contagious from the start and grabbed the attention of his good friends Mike Sanchez (guitar), Greg McDevitt (bass) and Danny Rico (drums). The band announced their signing to Pure Noise Records in December 2015 and released their debut EP Death Deserves A Name in February 2016. LoPorto to Alternative Press who named the band's highly anticipated full-length debut, Fail You Again, one of their 'Most Anticipated Alternative Releases of 2017': "We made it the way we made Death Deserves A Name [EP] - we just did it all ourselves. Danny even mixed the record, so in terms of how the record was recorded, it's almost exactly the same as Death Deserves A Name... I guess musically, it's pretty similar. I'd say I'd like to think it's a little bit more spread out across the spectrum.