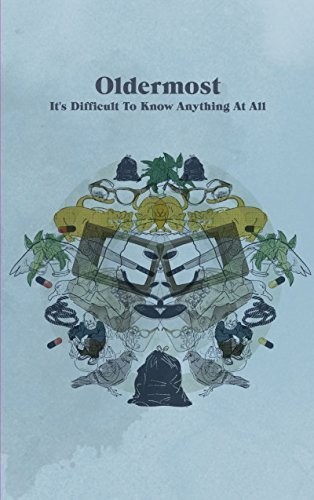 It's Difficult To Know Anything At All
Artist: Oldermost
Format: Cassette
New: In Stock $8.98
Wish

Philadelphia's Oldermost will release It's Difficult To Know Anything At All in May 2015. The five-song EP playfully revisits the heavy inquiries of their full-length debut I Live Here Now, which was produced by Jonathan Low (Sharon Van Etten, Daniel Rossen, Kurt Vile, Mr. Twin Sister), but does so by building tension both centripetally and centrifugally around the dark and whimsical center of questioning and wonder never quite arriving at any answers. The songs, produced in their Philadelphia studio, are filled with questionable advice, despairing wit, contradictions and an ever-present affinity for popular song construction. This release welcomes guitarist Mike Sobel whose lap-steel performance was featured on The War on Drugs' phenomenal release Lost In The Dream ("Eyes to The Wind").The songs on It's Difficult To Know Anything At All blend influences from sources like Bill Fay and Harry Nilsson to Wilco, Jim James, and Father John Misty to create a genre-bending classical sound with warmth, harmony, and luscious reverb.