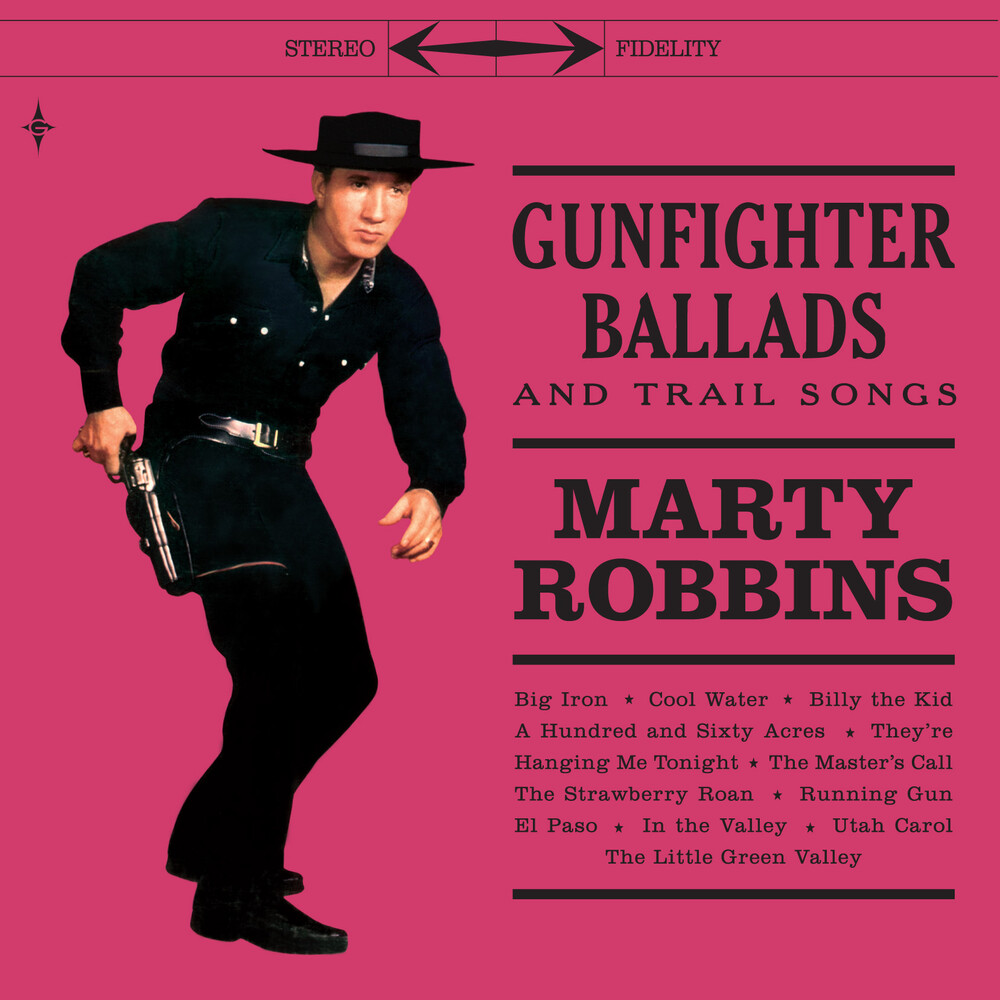 Limited 180gm colored vinyl LP pressing with bonus 7" single. Gunfighter Ballads and Trail Songs is the fifth studio album by Marty Robbins, released in September 1959. It is perhaps best known for Robbins' most successful single, "El Paso", a major hit on both the country and pop music charts, as well as for it's opening track "Big Iron," a song that gained a resurgence in popularity online as an internet meme. Gunfighter Ballads and Trail Songs reached #1 in both the country and pop music charts at the start of 1960 and won the Grammy Award for Best Country & Western Recording the following year.