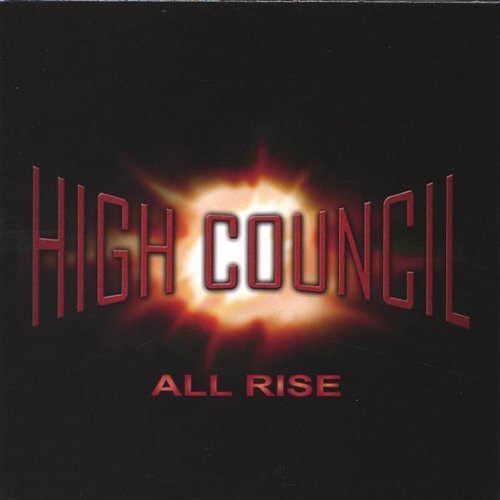 The High Council is a four piece band from the Philadelphia area. Drawing from such diverse influences as Iron Maiden, Radiohead, the Beatles, and the Nintendo Entertainment System, High Council has blended several styles into a unique blend of video game fueled Neo-Classic rock metal. Longtime colleagues Lou Di Domenico and Bob Saunders began writing material in 2003 following the breakup of their previous band. In early 2004 the duo was invigorated by the arrival of guitarist Steve Donahue, and completed several months later by bassist Brad Thron. In March of 2005 High Council released their debut EP All Rise, and spent the remainder of the year rocking the Philadelphia and New York City areas in support. Since that time, High Council has experienced some personnel changes in the bass position, playing several shows with Chromelodeon's Denny Barron before settling on new permanent bass man Chris Haring. With all four seats on the Council once again filled, the band looks forward to it's most productive year yet.