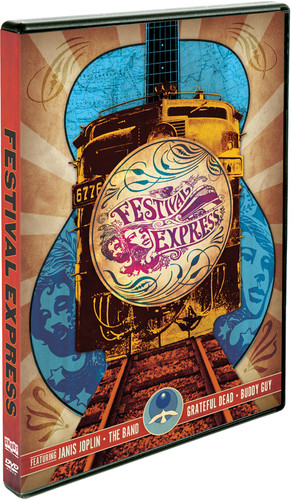 In the summer of 1970, several of the eras biggest rock stars, including Janis Joplin, Grateful Dead, The Band, The Flying Burrito Brothers, and Buddy Guy, took to the rails for FESTIVAL EXPRESS.

The show was a multi-artist, multi-city concert tour that captured the spirit and imagination of a generation. The entire experience was filmed both off-stage and on, but the extensive footage of the events remained locked away for decades, only recently having been restored. Festival Express is a momentous achievement in rock film archeology which combines the long-lost material with contemporary interviews that add important context to the event nearly 35 years after being filmed.