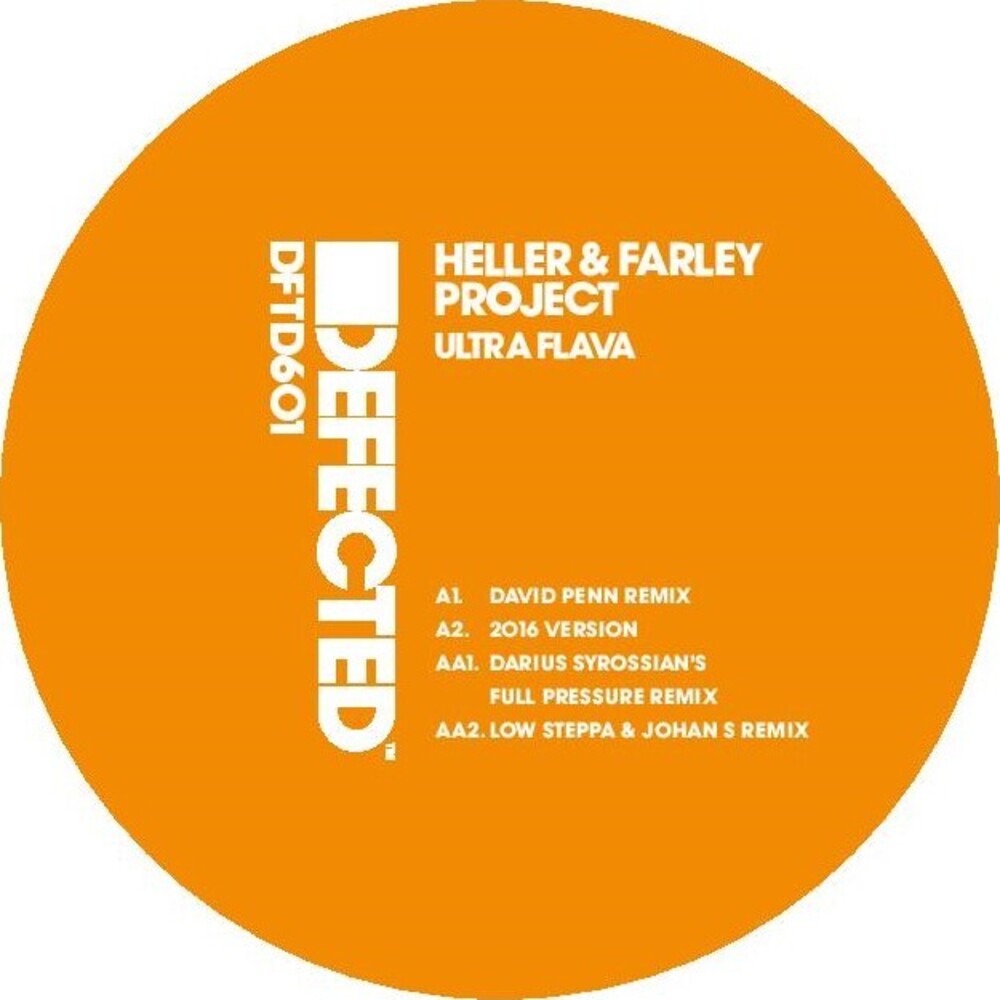 Trace the roots of house music in the UK and you'll find Pete Heller and Terry Farley at it's source. Their productions are steeped in the sights and sounds of their experiences at the most influential nightclub moments of the last 25 years. 'Ultra Flava' is a stand-out production from their illustrious catalogue; originally a nod to their acclaimed remix of Ultra Nate's 'How Long', the record was propelled into clubbers consciousness and has remained there for over two decades. Now Defected release a special 12' package featuring four interpretations for 2020 dancefloors. Opening the A-Side, Spanish maestro David Penn laces his signature melodic keys and euphoric builds for a killer, sunshine-filled vibe. Up next, Heller & Farley's 2016 Version storms through, with hypnotic cow bells and trippy synths diversifying the original. On the flip, Moxy Music boss and Ibiza kingpin Darius Syrossian delivers his club-ready remix, with an atmospheric, dream-like opening and punchy, adrenaline-fuelled drops. Closing out the release, UK house heavyweight and Defected resident Low Steppa delivers his storming, high-energy mix, produced alongside Swedish DJ Johan S. There is no questioning 'Ultra Flava' and it's standing as a classic record, but these new mixes are sure to secure it's legacy and introduce this house essential to brand new audiences.