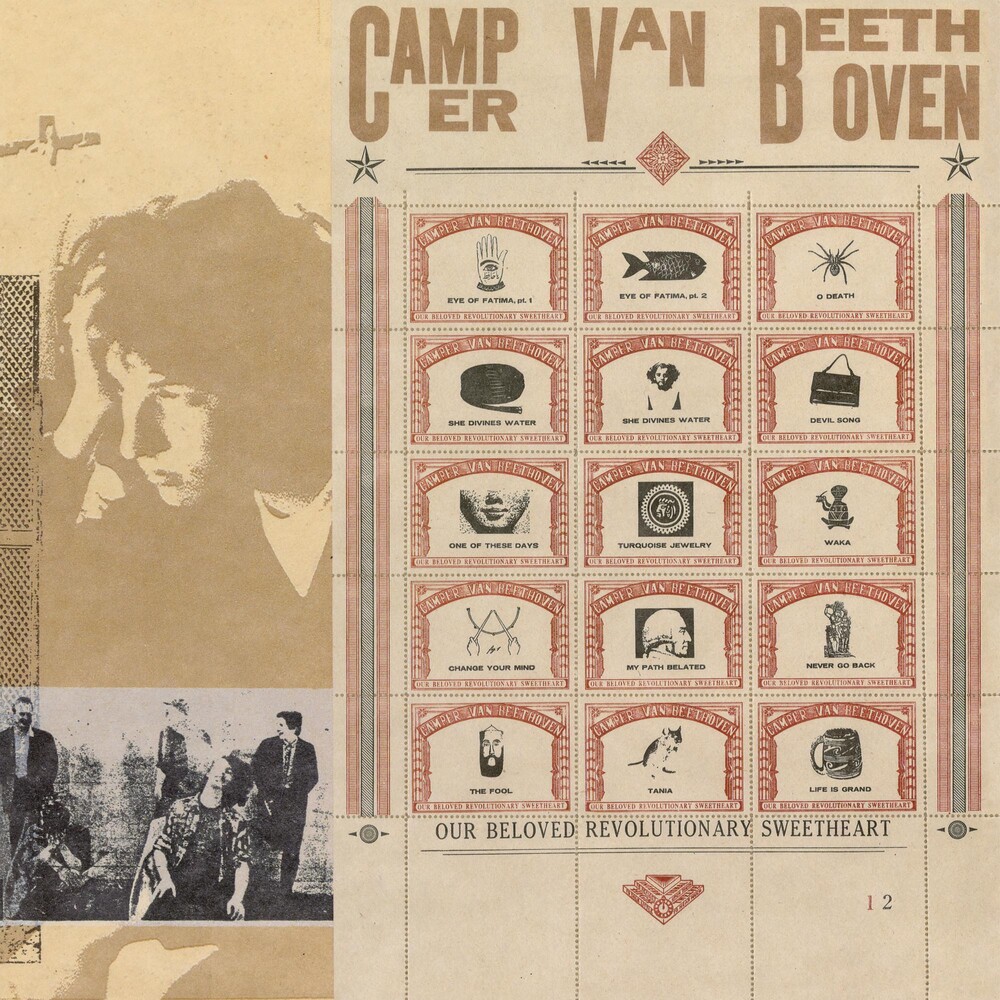 Omnivore Recordings is proud to take everyone back to 1988, when musical worlds collided and Camper Van Beethoven helped break the mold and blur the lines between indie rock and 'alternative.' Suddenly, it was an even playing field and Our Beloved Revolutionary Sweetheart found itself in the bins next to Chicago and Cinderella. Produced by Dennis Herring (Elvis Costello, Counting Crows), the 25th anniversary of this landmark album finds it reissued on vinyl (turquoise for the first pressing, black vinyl afterward) for the first time since its original issue.

When indie superstars Camper Van Beethoven signed with Virgin Records in the late 1980s, it seemed inconceivable. How could that band move to a major label without 'selling out' and sacrificing all that made them great?

The first three tracks on Our Beloved Revolutionary Sweetheart were a pop song, an instrumental and an adaptation of a folk dirge about death. Heck, the release even had a love song for Patty Hearst. No, Camper Van Beethoven didn't sell out. They just had better distribution now.

Featuring new liners and photos in both the CD and LP, Our Beloved Revolutionary Sweetheart is being reissued in tandem with its acclaimed follow up Key Lime Pie, with full cooperation and input from the band themselves. These are the releases CVB fans have been dreaming of.

It's been a few years since the end of the 1980s, but Camper Van Beethoven has always been timeless. Our Beloved Revolutionary Sweetheart proves that. It's even spelled out in the title: beloved, revolutionary and a real sweetheart.