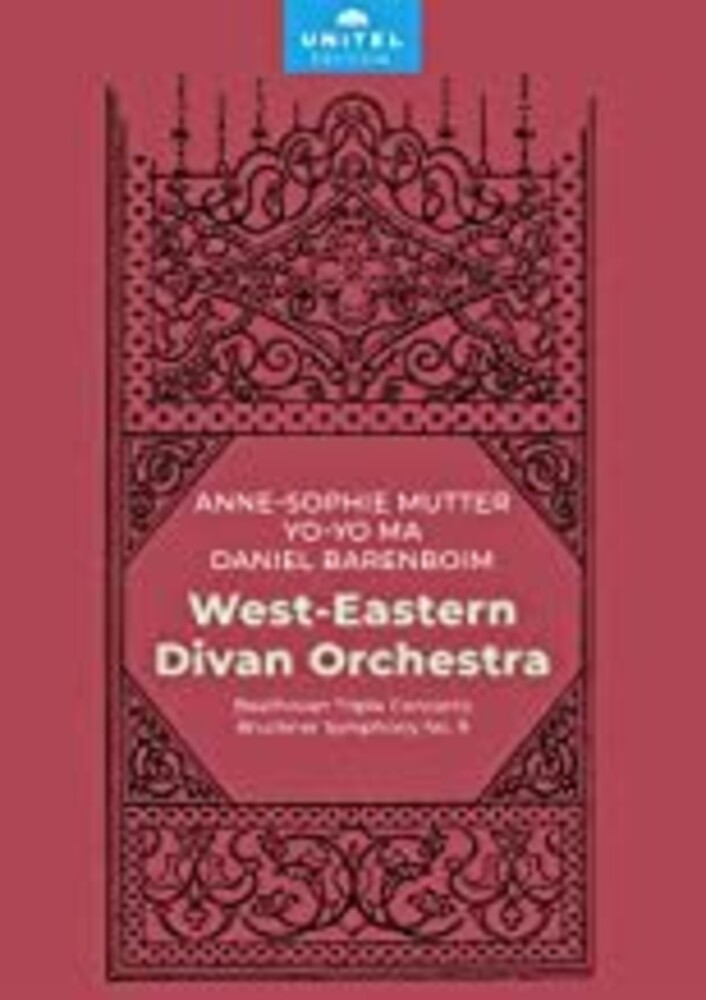 The West-Eastern Divan Orchestra celebrates it's 20th anniversary by giving a concert at the Berlin Philharmonie with world-renowned artists: Anne-Sophie Mutter and Yo-Yo Ma perform Beethoven's Triple Concerto together with Maestro Barenboim and the young musicians. Yo-Yo Ma, who played with the West-Eastern Divan Orchestra at their first concert 20 years ago, and Anne-Sophie Mutter, who made her debut with the orchestra only this year, were named as honorary members of the orchestra on the occasion of this event. "It is fascinating to experience how brilliant, concentrated and at the same time relaxed these three world stars make music together and listen to each other. A masterpiece of harmony" (RBB24). The second part of the concert features Bruckner's 9th Symphony, transcendental music which the composer himself dedicated to "the dear God". The symphony is unfinished not only because Bruckner died during the process of composition, but especially because it seems to perish in nothingness. The musicians of the West-Eastern Divan Orchestra are excellently prepared and play technically and tonal flawlessly. A magic moment.