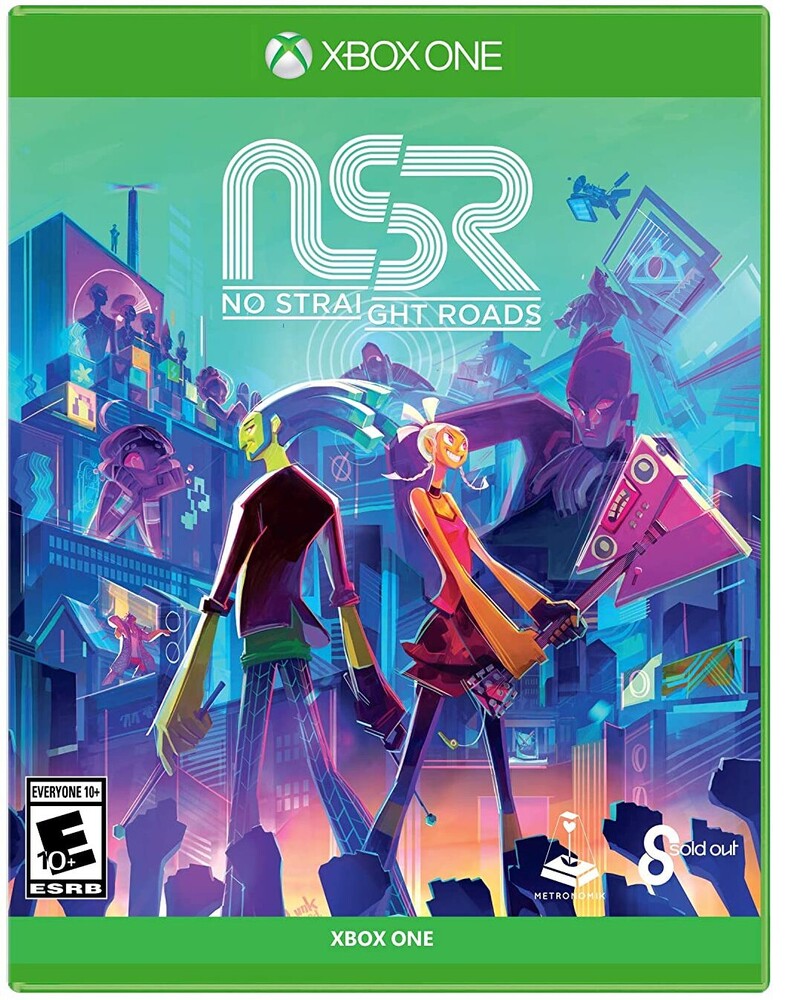 No Straight Roads for Xbox One
Format: Game
New: In Stock $41.00
Wish

Take back vinyl city - with Rock! Embark on a music-based action-adventure as indie Rock Band members mayday & zuke and lead a musical Revolution against edm empire no straight roads. After being unfairly rejected in their audition to join no straight roads, mayday & zuke uncover the evil intentions behind the nsr empire. It's now down to them to save their city from corruption. Enjoy fast & frenetic combat with a musical twist as these two aspiring Rock artists fight back with the power of music!