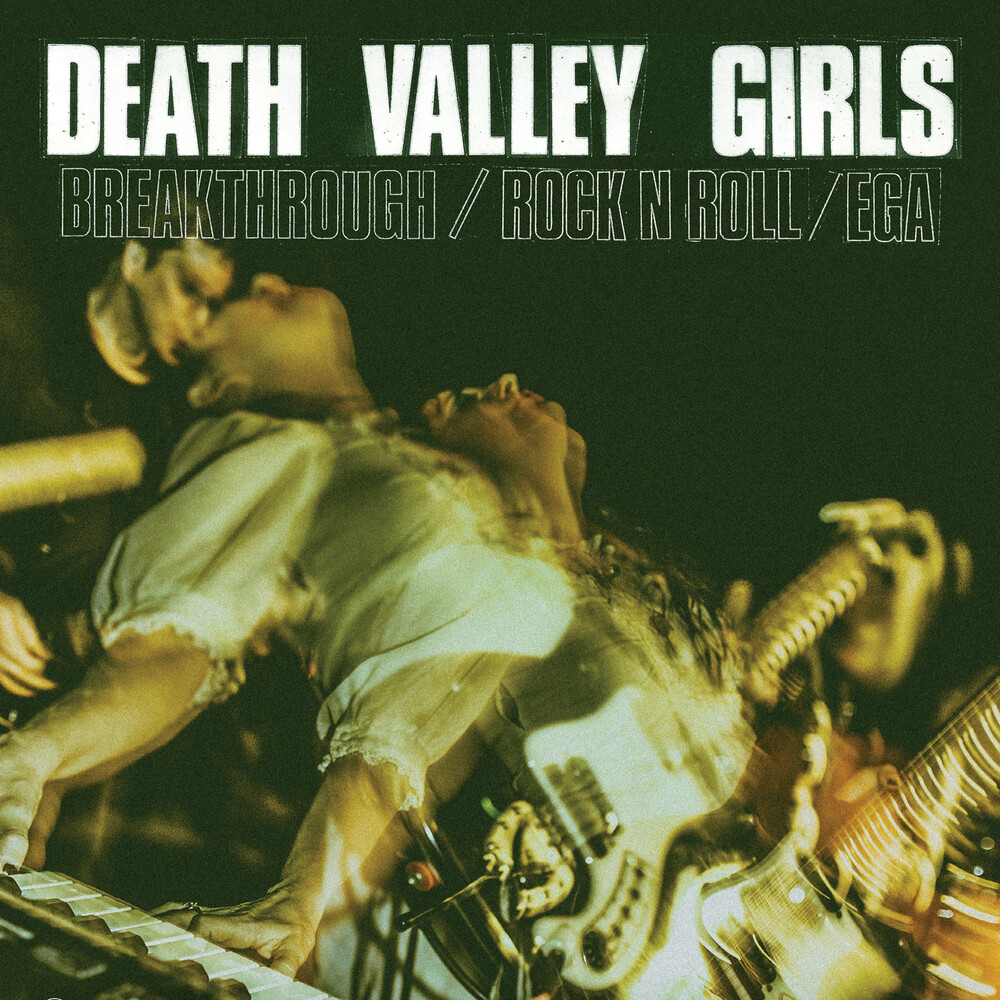 LA's Death Valley Girls have made a name for themselves by churning out a desert-blasted blend of rowdy proto-punk and primitive heavy metal steeped in cosmic idealism and third-eye consciousness. Their first new offering since tearing a hole in the sky with their 2018 album Darkness Rains comes in the form of a two-song seven-inch, "Breakthrough." The title track is a cover by Atomic Rooster, though the band discovered the track through a rendition by Nigerian outfit The Funkees. With it's grimy guitar riffs, fire-and-brimstone organ, and combative chorus, it's as if the song was originally written with Death Valley Girls' brand of stark transcendental rock in mind. But it wasn't just the pulse and melody that drew the band to the song. "It spoke to me because of the lyrics about breaking free from an invisible prison... we all have invisible or visible prisons we are trapped in," says vocalist and multi-instrumentalist Bonnie Bloomgarden. The song discovery coincided with the band's interest in Damien Echols of West Memphis 3 and his ability to endure his imprisonment by learning to astral project through meditation. The b-side is another cover-a ramped up version Daniel Johnston's loud-quiet-loud anthem "Rock 'N' Roll / EGA." It's a total rager, but it's also a bittersweet song for Death Valley Girls as they had the rare privilege to briefly serve as Johnston's backing band. Ultimately, the two songs have a deep and profound connection to Death Valley Girls, both in their spirit and in their aural alignment.