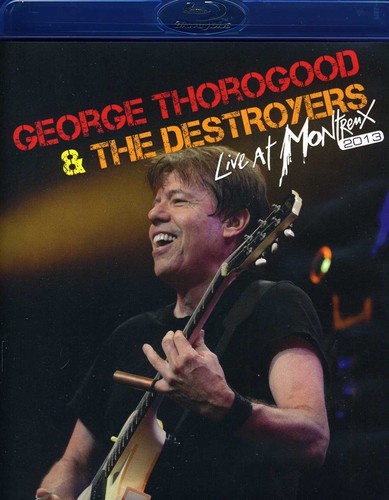 Live at Montreux 2013
Artist: George Thorogood & The Destroyers
Format: Blu-Ray
New: Call 919.821.7766 or Email us to purchase or check availability

George Thorogood is an American icon. In a career that stretches back to the mid-70's, he and his band The Destroyers have released 16 studio albums with worldwide sales in excess of 15 million. 2013 saw George & The Destroyers make their long-overdue debut at the legendary Montreux Jazz Festival. Performing at an event that had previously played host to many of their musical heroes inspired the band to produce one of their finest performances on a set list that stretched back to their 1977 debut album right up to recent releases.