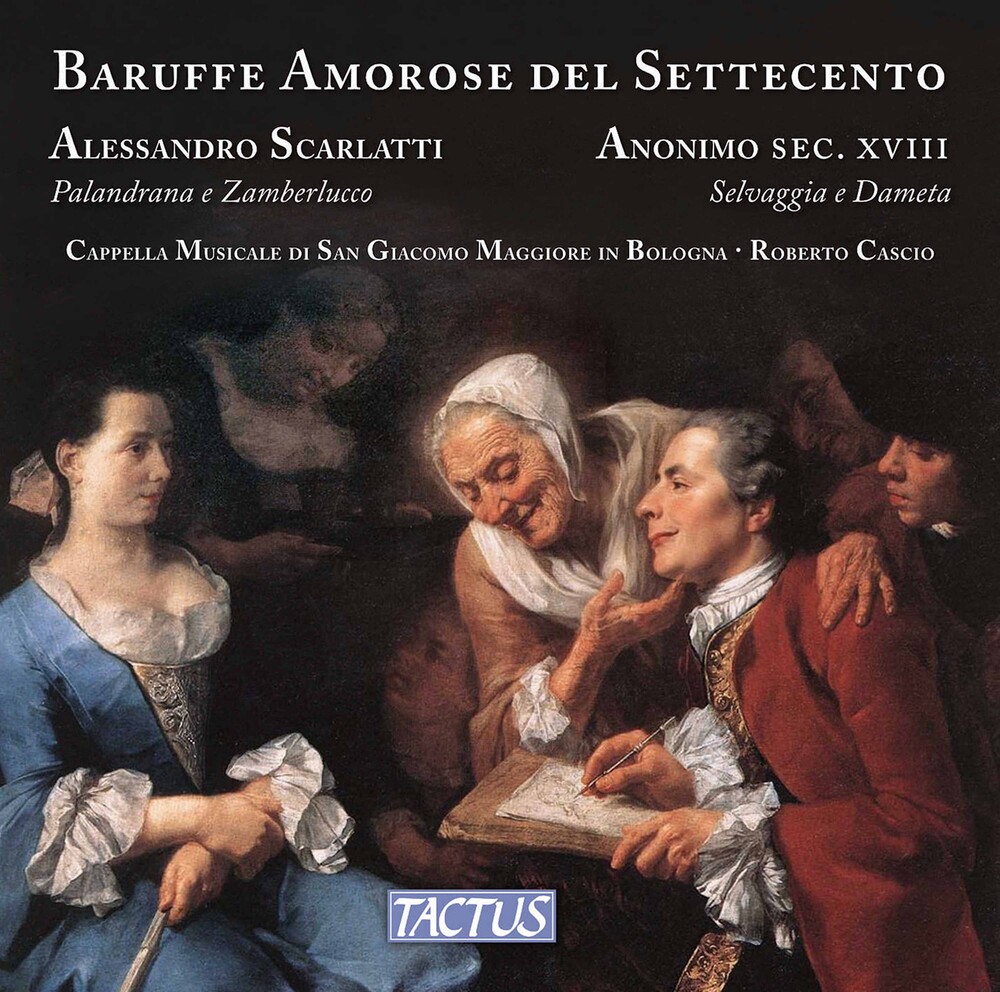 The Cappella Musicale di San Giacomo Maggiore in Bologna constitutes a vocal and instrumental group dedicated to the enhancement of the unpublished heritage of hidden treasures in the still unexplored musical archives. After the sacred works by Ippolito Ghezzi, Pirro Capacelli Albergati, and of the "Italian Seicento in Spanish style," the team directed by Roberto Cascio tackles the genre of the eighteenth-century comic intermezzo, which had great fortune in it's time among the composers of the theatrical genre, to then come up to the present day in the wake of the immortal Serva Padrona by Giovanni Battista Pergolesi. The two interludes proposed here are the "Palandrana and Zamberlucco" by Alessandro Scarlatti, the progenitor of that Eighteen century Neapolitan school in which Pergolesi will also grow, and the "Selvaggia and Dameta" by anonymous composer. Both works are centered on comic amorous quarrels performed by two characters brought to the stage by the vocal parts of a contralto and a bass.