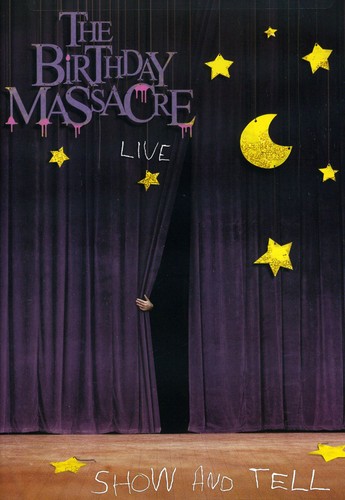 The Birthday Massacre has come along way since their inception in 2000. The Toronto based outfit continues to garner new fans worldwide not only in the industrial and electronic scenes, but the rock community as well. Their last album Walking With Strangers was a major hit for the band and resulted in countless touring opportunities, not only as openers (for bands such as Mindless Self Indulgence) but for their own headlining tours as well. The intensity of their live shows was captured on film in late 2007 in Hamburg, Germany. This footage has been assembled to make The Birthday Massacre's first ever live DVD, Show And Tell. Featuring 15 of their fan favorite tracks as well as their show intro "Before Dark," the DVD provides an excellent platform for fans to reminisce about their live experiences, and for new fans to anticipate the next opportunity they have to see this exceptional band. A CD version of Show And Tell was released in early 2009, and fans can expect a brand new studio album for spring 2010.