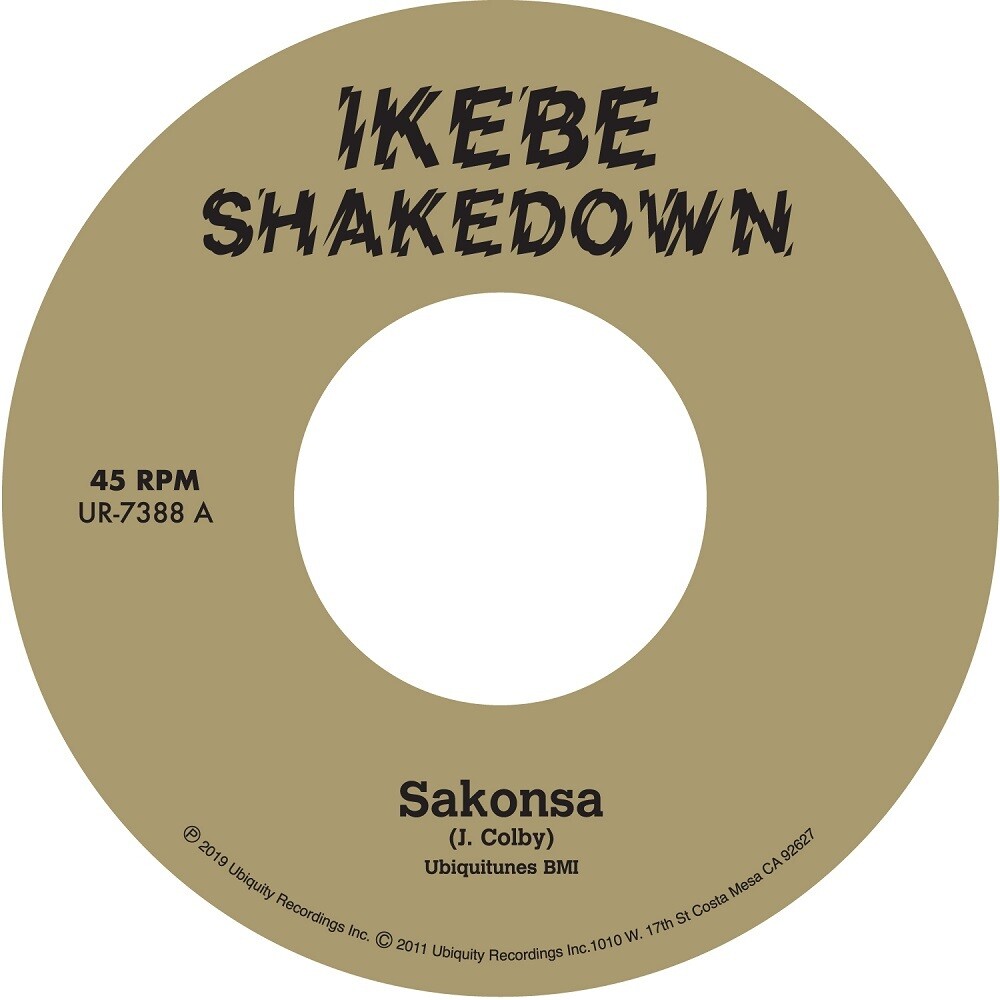 Originally released in 2011 as CD and digital exclusives on Ikebe Shakedown's debut self-titled album, "Sakonsa" and the B-side "Green and Black" are both horn-driven, heavy, Afro-influenced slices of funk best-served on the 7in format. Ikebe Shakedown has kept their signature funk, tight horns and impeccable rhythm through several releases including their most recent album "Kings Left Behind" on Colemine Records which made it to #2 on Billboards Jazz chart.