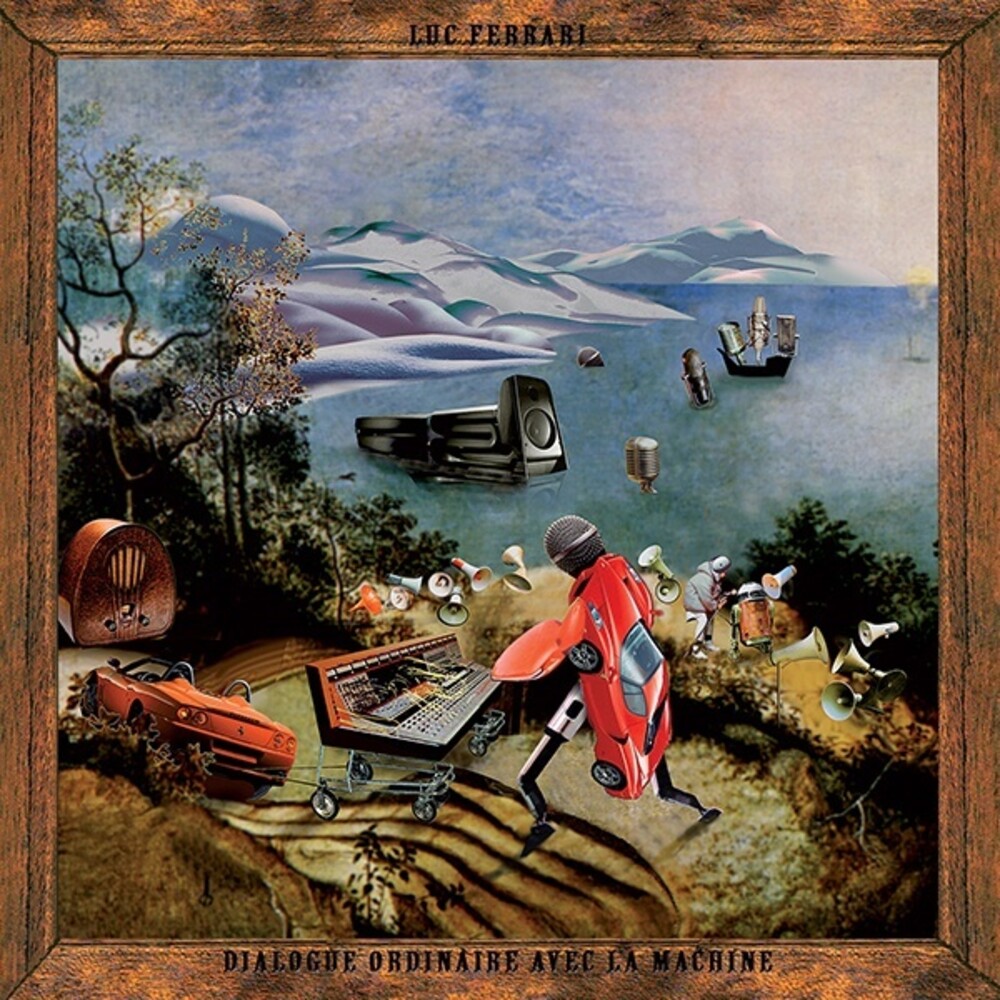 An LP comprised of two stunning works composed by Luc Ferrari during the early 1980s, "Dialogue Ordinaire Avec la Machine" and "Sexolidad", released by the long standing Italian experimental imprint, Elica. Wild and wonderful, this one is absolutely essential for any fan of electronic avant-garde. Needing little introduction, Luc Ferrari is one the great figures in 20th century avant-garde and experimental music. Ferrari was a pioneer, who, for roughly half a century, continuously revolutionized the field of electronic and electroacoustic creative process. Leaving such a sprawling body of work in his wake, much remained unreleased at the time of his death in 2005. Labels and fans have been scrambling to catch up over the years since. Part of their long-standing dedication to Ferrari, dating back to the 1990s, Elica's latest LP, Dialogue Ordinaire Avec la Machine / Sexolidad, takes great strides toward illuminating the composer's remarkable range of diverse approaches to sound. Composed between 1982 and 1984, the first piece showcases Ferrari's interest in tape collage work and sampling, whereas the second piece is one of his less than traditional compositions for a traditional ensemble. "Dialogue Ordinaire Avec la Machine" describes the not so chance meeting between the artists (Ferrari helped by Yannick Gornet) and the mysteriously working machine (a sampler), between the curiosity, amusement, surprise, ineptitude and excitement of the musicians and the machine with it's appeal, complexity, stubbornness and synthetic eruptions. A rollercoaster through exploration, seduction, observations, misunderstandings, purrs, moans, gurgles, whooshes, loops and mechanical rhythms from which Ferrari builds his own synthesized folklore, ending with one of the most unusual episodes in the composer's production, the rather graphically explicit and apocalyptic "Love Song With the Machine" (which, to make an unlikely comparison with younger artists, one could imagine the music of the New York duo Suicide mixed by Nurse With Wound's Steven Stapleton). "Sexolidad" is one of Ferrari's most seductive instrumental pieces, representing a journey over the body, in which tonalities and their mix create "a particular harmonic climate [...]" The curious concept and it's musical composition result in an extremely enjoyable piece which is continuously intriguing, evocative, dauntless, persuasive and highly satisfying, exquisitely performed here by the Ives Ensemble. Includes 30x30cm four-page booklet with bilingual (French-English) versions of the integrated text from "Sexolidad" and the lyrics to "Love Song with the Machine". Gatefold cover; edition of 300.