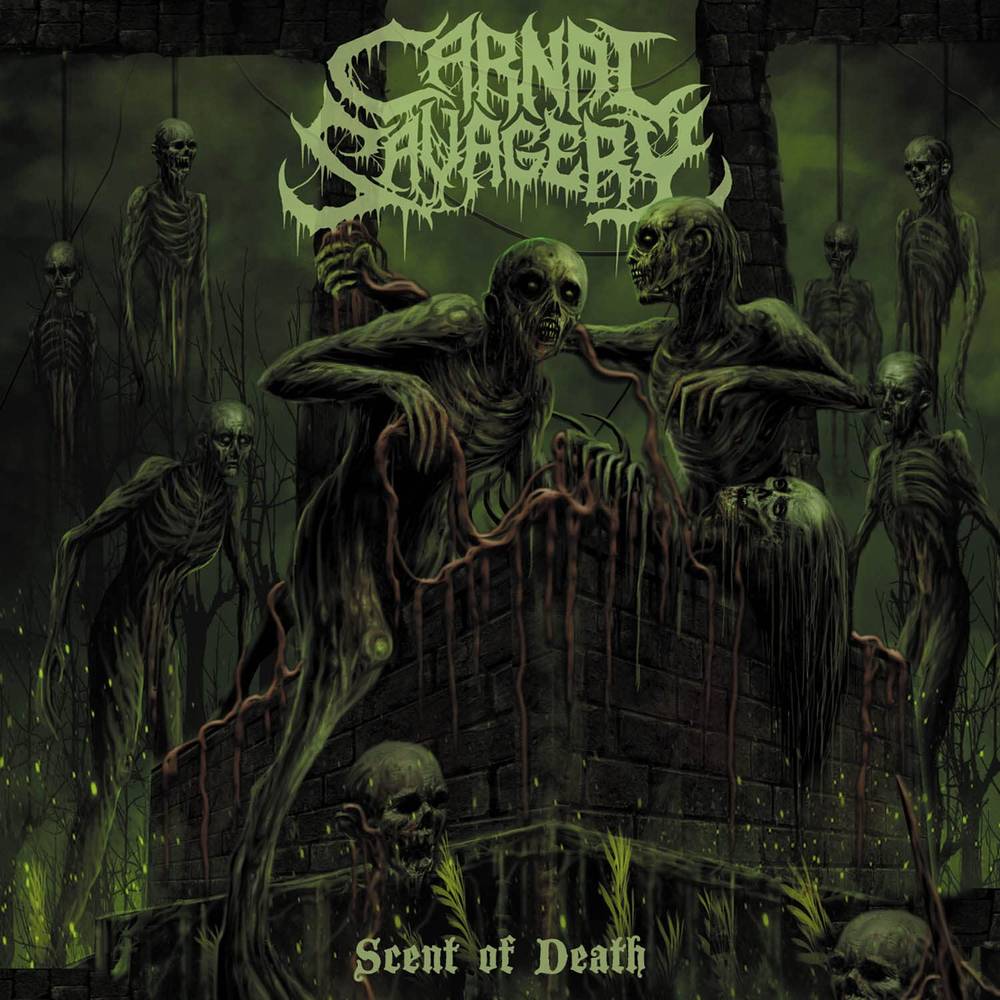 Pure old School Swedish Death Metal, filled with Catchy rhythms, Melody and Hooks. With roots that date back to the early 1990's original Death Metal movement, the core members of Carnal Savagery formed out of the ashes of the cult Cromlech. After several demo's, lots of gigs with Entombed, Dismember, Therion, Tiamat, Merciless, Meshuggah and some major label offers, the band split and the members went on to play in other notorious bands such as Divine Souls, Wan and Desolation. Returning to their old school roots in 2020, they formed Carnal Savagery and recorded their first demo in a matter of months. Carnal Savagery swiftly scored their first record deal and released their debut album "Grotesque Macabre" the same year. Upon hearing "Grotesque Macabre", Moribund Records signed Carnal Savagery to a multi-album deal and they immediately entered the studio to record their follow-up masterpiece, 2021's "Fiendish". Swiftly following 2021's break-through Death Metal album "Fiendish", Carnal Savagery returns bearing the "Scent of Death". Once more delivering a sarcophagus-sized slab of putrid old school Death Metal, "Scent of Death" is ripe with catchy melodic rhythms, memorable choruses, pounding drums, clear yet brutal vocals, and searing solos. With "Scent of Death", Carnal Savagery not only raid the Mortuary, they also leave every other modern Death Metal band to molder in their graves! From album opener "Deformed Bodies", through the groove laden "Impaled Tortured and Left for Dead", to the end complete of "Tombs of the Deformed", this brutal and blistering album has it all, leaving only vacant caskets and a lingering "Scent of Death". Carnal Savagery's "Scent of Death" will continue to permeate the Air and the Metal scene LONG after the corpses it leaves behind have decayed!
This website uses cookies to personalize content and analyse traffic in order to offer you a better experience.
I accept Learn More
back to top