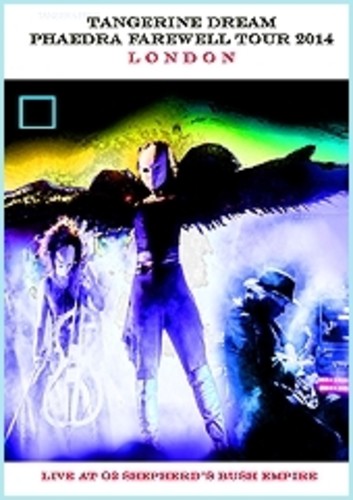 NTSC/Region 0. The London concert of the Phaedra Farewell Tour 2014 on 23rd May at O2 Shepherd's Bush Empire was the second concert in a row of a long multi-week tour after starting in Paris. This DVD reflects the typical and especially warm welcome of our British TD fans during a Tangerine Dream concert in London - as Edgar often named as "TD's home." It was the last time for the band performing as a five man/woman band - Iris and Linda still were present. After that tour TD started the so-called Quantum Years with three concerts in Australia as a four man/woman band with the new member Ulrich Schnauss. Enjoy this special concert as a very good mixture of classic and earlier TD tracks, at the same time this DVD is a wonderful memory of one of the last concerts with the mastermind of TD Edgar Froese.