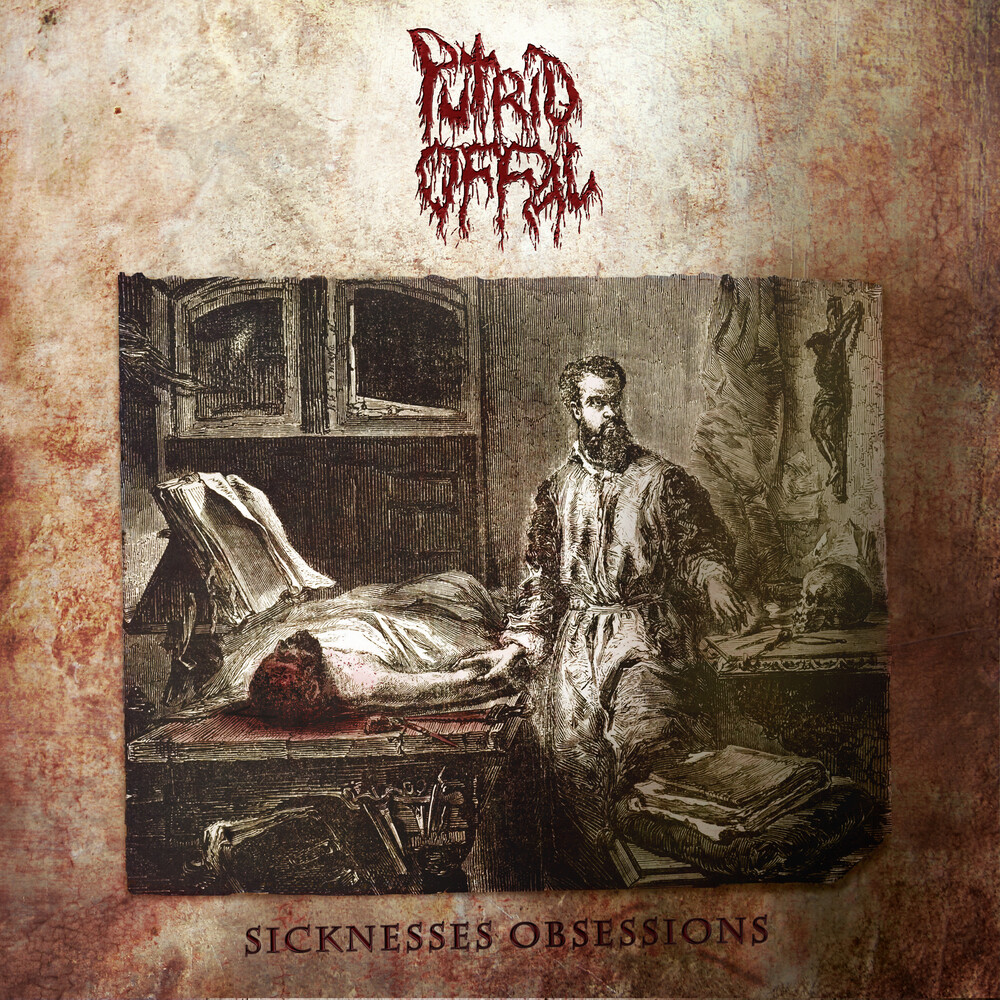 Not only featuring special guests Stéphane BURIEZ (LOUDBLAST, SINSAENUM...) and Arnaud DHENAIN (BLACK BOMB A...) but also two female singers / speakers, Gregorian chats and whatnot, mixing old-school Death Metal with early Goregrind influences, adding some hints of Punk and winks to Hard Rock at times ("Let There Be Rot", anyone?), "Sicknesses Obsessions" is the first album made of brand new Putrid Offal material since they reformed in 2014 when their 2015 debut, "Mature Necropsy", consisted of rewritten and re-recording of all of their '90s material. If you expected some surgical steel, you'll love it for sure, but you'll get much more than what you wished for: a real butchery! 15 to 17 tracks (depending on the version) deep into the anatomical realm, exploring not only the human visceraes, but the history of pathology too. You're not even ready!