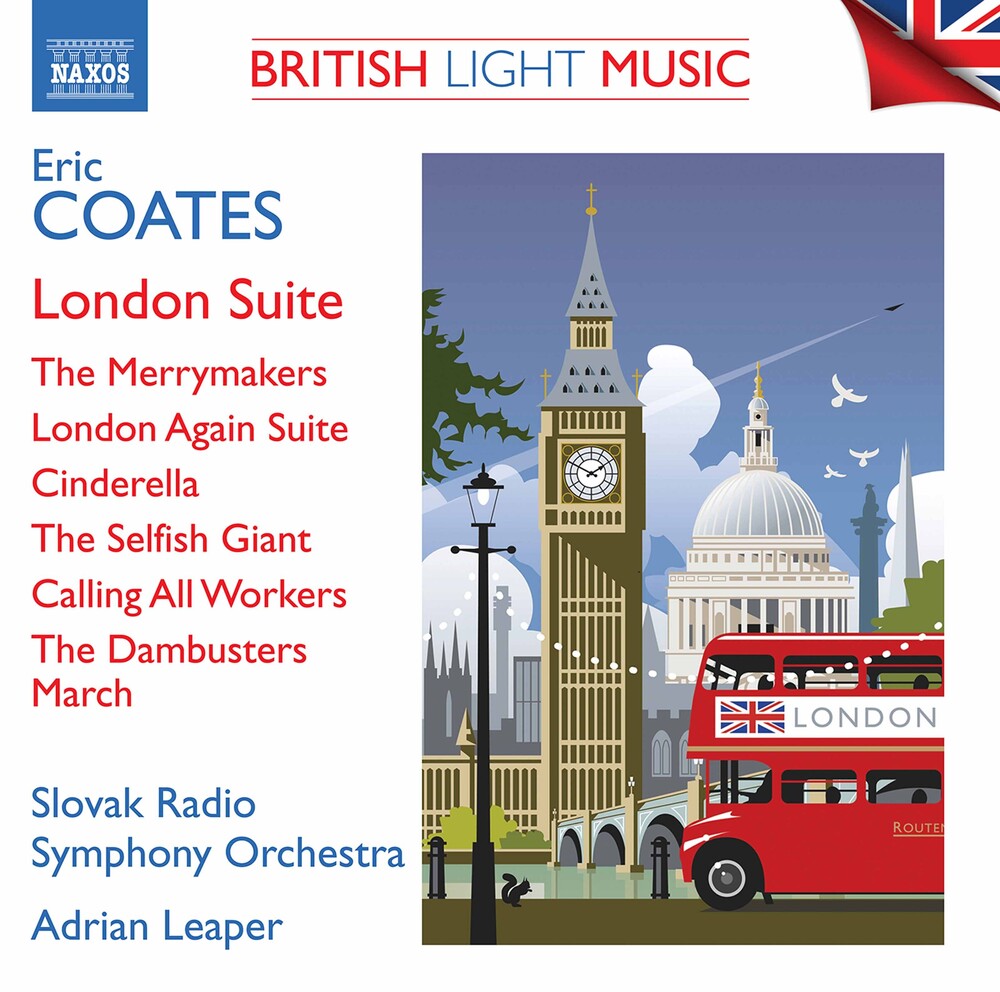 With orchestral works at the core of his output, the supreme melodic gift that distinguishes the music of Eric Coates earned him a reputation as the 'uncrowned king of light music'. It was the London Suite that made Coates a household name, with the Cockney exuberance of it's third movement, Knightsbridge, capturing the nation's imagination as a BBC theme tune, as did the rousing march Calling All Workers. Cinderella and The Selfish Giant were inspired by his son's bedtime stories, the latter absorbing the jazzy dance rhythms of the day. The Dambusters March was one of Coates' last pieces, and remains one of the most iconic movie themes ever written.