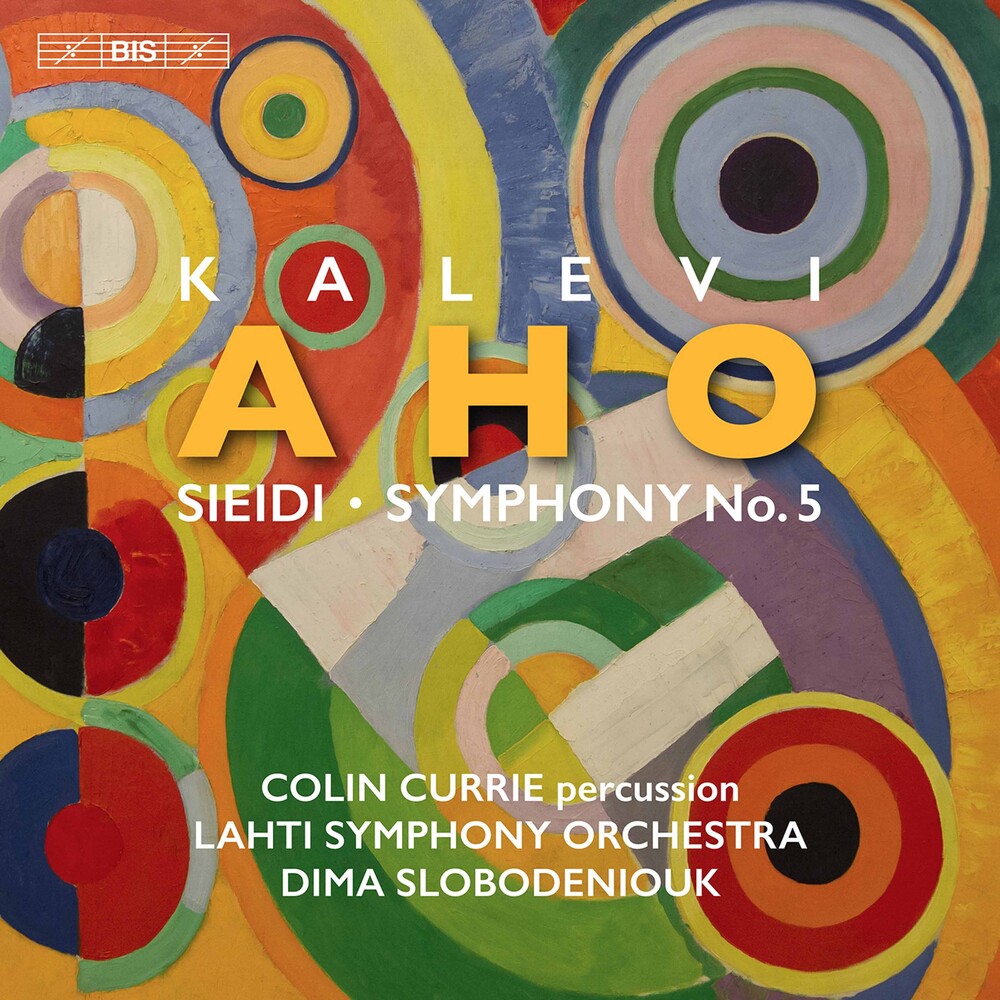 With 17 symphonies and 32 concertos to date, Kalevi Aho is one of today's most prolific composers of large-scale orchestral scores. The present release brings together two works separated by 35 years, but also by the reception they have enjoyed: whereas Sieidi, the percussion concerto Aho composed in 2010, has become one of his most performed works, Symphony No. 5 from the mid-70s is a rarely heard score. Sieidi was written for Colin Currie, who has recorded it here and who performs the concerto with orchestras across the world. It's title, a word in Sami, is used in reference to the rituals and shamanism of indigenous peoples around the world, and the solo part, which makes use of nine different percussion instruments, begins and ends with the djembe and darbuka, drums usually heard in African and Arab music. The instruments are placed in a row towards the front of the stage, and during the course of the work the soloist makes his way across the platform, from the right to the left and back, reinforcing the ritualistic dimension of the piece. Currie is supported by the Lahti Symphony Orchestra under it's principal conductor Dima Slobodeniouk, a team with a deep familiarity with Aho's music. This stands them in good stead when they take on the highly complicated score of Symphony No. 5, which in places even calls for a second conductor: wishing to express the incoherence of human existence, the composer let's various, often unrelated musical events overlap, at times dividing the orchestra into two parts playing at different speeds. Composing the work was 'an exceptional effort' according to Aho, who adds that it left him 'with the liberating feeling that everything was now possible - that any musical problem or crisis could be overcome.'