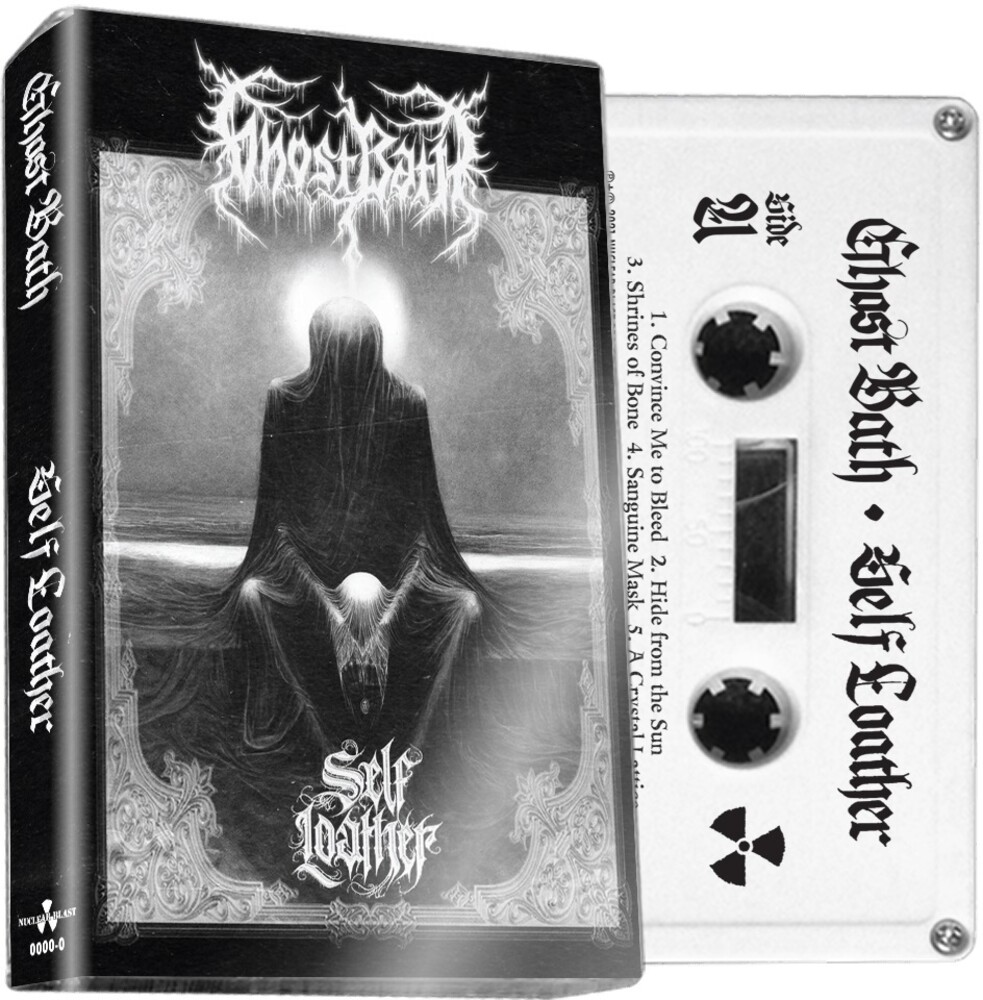 Black metallers Ghost Bath are breaking out of the clutches of obscurity with their stunning new album, Self Loather. Formed by Dennis Mikula in 2012, Ghost Bath had a mysterious, if auspicious start. Mikula ebbed out music-first on the Ghost Bath EP (2013) and then on debut full-length Funeral (2014)-under the pseudo-nom de guerre ??? to wide-spread plaudits of a fanbase unaware that the visionary song-master was an American hailing from small-town North Dakota. When the veil lifted in support of Ghost Bath's second full-length Moonlover in 2015, they were already well on their way to becoming one of the most exciting upstarts in extreme music memory. On the strength of Moonlover and the promise of what would come after, Ghost Bath secured a worldwide deal via Nuclear Blast Entertainment. The group's vio-aggro sound-pinned to tenets of black metal but driven by dysthymia, revulsion, and tragedy-continued to evolve into more dangerous yet personally pensive territory. When Starmourner followed in 2017, Ghost Bath had found a wickedly black yet despondently depressive vector to call home. Moored by singles "Thrones" and "Ambrosial," Starmourner stunned Ghost Bath's rabid fanbase and press alike. The group embarked on celebrated tours in the United States and Europe in 2017 and 2018, playing with labelmates Thy Art Is Murder and Fallujah, as well as luminaries Katatonia, Astronoid, and MOL. On Self Loather, Ghost Bath close out the trilogy-tragedy, ecstasy, and dread/hatred-and host their most devastating and dark music to date. From the unbridled cruelty of "Convince Me to Bleed" and the introspection of "Shrines of Bone" to the sorrowful suite that closes "A Sanguine Mask" and disquieting nature of "Sinew and Vein," Ghost Bath's fourth full-length sets the mood meter to desolation/antipathy-and never quite let's go. Produced by the band with Xander Moser engineering at TreeSpeak Recording Studio in Minneapolis and mixed by Jack Shirley (Deafheaven, Bosse-de-Nage) at The Atomic Garden Recording Studios in Oakland, Self Loather is a sonic exercise in shadow, nuance, and, most of all, power. Witness Ghost Bath's most captivating yet odious record to date on Self Loather.