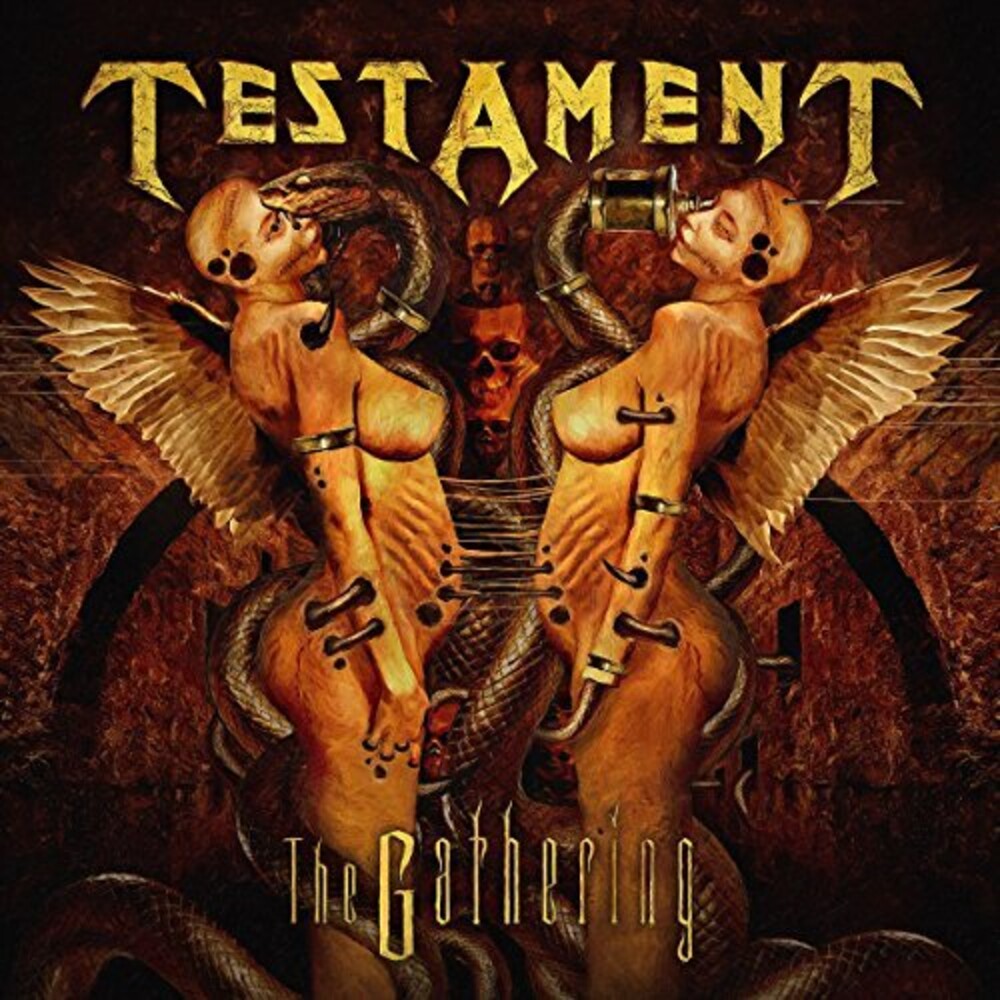 The Gathering is the eighth studio album by American thrash metal band Testament, released on June 8, 1999. It was the first release the band had done with Spitfire Records. [1] Co-produced by band members, Chuck Billy and Eric Peterson, this was the first album featuring new musicians Steve DiGiorgio on bass guitar and Dave Lombardo on drums. Billy, Peterson and Lombardo, along with longtime Testament collaborator Del James, are also given composer credits on the album. Formed in 1983 around the Bay area of northern California, Testament rose to prominence alongside thrash luminaries like Metallica, Exodus and others. Since then the band has released eleven full length records, the last being "Brotherhood of the Snake" on Nuclear Blast in 2016. Testament is one of the true originators & innovators of American heavy metal and 30+ years in they still deliver on stage and on record!