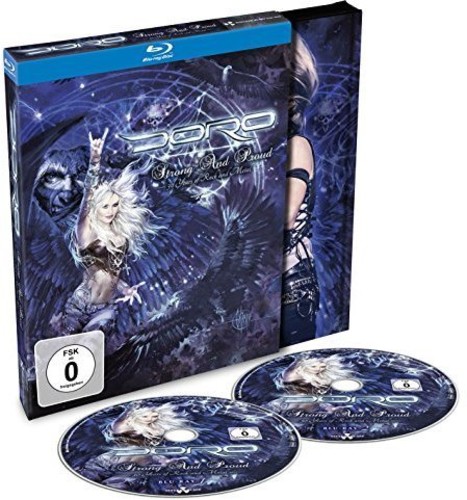 After forming the band Warlock in the early 1980s, Doro Pesch secured a record deal and played gigs and tours with legends like Judas Priest, Ozzy Osbourne, Bon Jovi, Metallica, Scorpions, Megadeth and W. A. S. P. She became the first woman to play the Monsters Of RockFestival and continues to be a pioneer in metal. Her solo albums have carried on that spirit, not least on her recent 17th studio album 'Raise Your Fist', released in 2012. The following year saw'the Queen Of Rock & Metal' receive the Legend Award at the Metal Hammer Golden Gods. This was followed by a celebratory show at the Wacken Open Air in front of 80,000 fans. Last year she continued to celebrate her 30th anniversary with two huge shows in her hometown of Düsseldorf, performing a Classic Night and a Rock Night with illustrious star guests including Biff Byford (Saxon), Hansi Kursch (Blind Guardian), Blaze Bayley (ex-Iron Maiden), Uli Jon Roth (ex-Scorpions) and Udo Dirkschneider (ex-Accept). Across the nights Doro celebrated her career from Warlock to the present day, also offering up cover versions of artists that have inspired her including Iron Maiden, Judas Priest, Dio and Accept. As well as those aforementioned shows the extensive DVD / Blu-ray packages also include a revealing documentary, 'Behind The Curtain Inside The Heart Of Doro', plus additional live tracks from the Rock Hard Festival and Russia.