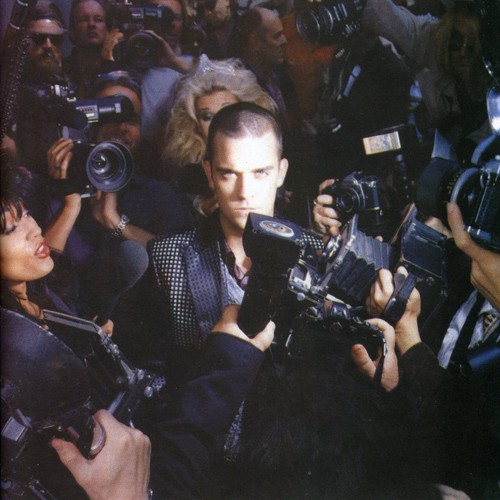 The former Take That leader's 1997 solo debut. 11 tracks, including the international hit singles 'Lazy Days', 'Angels', 'Old Before I Die' and 'Let Me Entertain You'.

''Life thru a Lens'' was the first solo album by English pop singer Robbie Williams after his former band Take That split. After trying to find his own sound during a harrowing period for him, recordings for the album began at London's Maison Rouge studios in March of that year, shortly after his introduction to Guy Chambers.

The album was certified as 8x Platinum in the UK. - Wikipedia