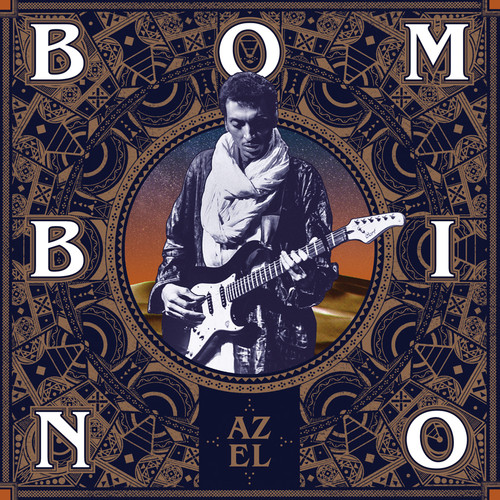 After a 'brief' 25 hour delay in Morocco on his way from Niger, Bombino arrived in Woodstock, New York to record his new album at Applehead Studio with Dave Longstreth (Dirty Projectors). Applehead is a beautiful studio in a converted barn on farmland where goats, pigs, and other animals roam freely. The band stayed in a guest house a few steps away from the studio, and took turns making meals. Apart from a morning invasion of the guesthouse by a 700-pound pig, Applehead was the perfect atmosphere for Bombino and his group to create new music over the course of the 10 days they had there.

Longstreth, meanwhile, proved to be a fantastic match for Bombino as this album’s producer. He has a deep respect for the Saharan music tradition and guided their sessions with a gentle but skilled hand. Fans of Bombino and Tuareg music in general will notice a few remarkable innovations on this album. The first is the introduction of a new style Bombino is pioneering that he affectionally calls 'Tuareggae' - a sunny blend of Tuareg blues/rock with reggae one-drop and bounce. Another is the first-ever use of Western vocal harmonies in recorded Tuareg music, (due to Longstreth's influence) which give the songs new depth and color. Finally, the band behind him is tighter and more energetic than ever before. The result is Bombino's best, most well-rounded, and groundbreaking album to date: Azel. The word "Azel" has three meanings in Bombino's native Tamasheq language - first, it is the name of a small desert town just a few kilometers from where he grew up, in Agadez, Niger. His wife's family is from Azel, and it is the site of the first and only Tuareg school in the country. Bombino has long held aspirations of developing a Tuareg community center and arts school in Agadez, so the town of Azel holds a special place in his heart. Second, the word azel means the roots or stems of a tree. This album is a reflection of Bombino's unique place in Tuareg music where he at once honors the traditional roots of the music while also taking it into brand new territory, hence the roots and the stems. Finally, the word azel is also slang in Tamasheq, loosely the equivalent of 'That's my jam!' in American English. The significance of that meaning should be instantly obvious to anyone who listens to this album.