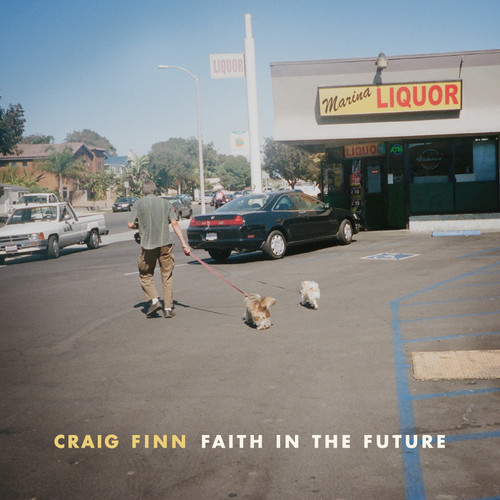 Faith in the Future
Artist: Craig Finn
Format: CD
New: Call 919.821.7766 or Email us to purchase or check availability

Faith in the Future is the second solo album from Craig Finn, and it s being released on Brooklyn-based indie label Partisan Records. Josh Kaufman produced the record in the cozy, rustic confines of Woodstock s The Isokon recording studio and helped Finn stretch the boundaries of his songwriting with confidence, invention and ambition in order to realize what is sure to be a defining moment in his career.

At times stark and spare, at other times vibrant and dynamic, Faith in the Future is Finn s most compelling collection thus far, each song a powerfully alluring and subtly nuanced composition wedded to his distinctive short story narratives, which owe as much to authors such as John Cheever and Raymond Carver as they do any rock influences. Most of the material on Faith in the Future was written several years ago, around the time Finn s mother died, and while none of them directly address that loss, he insists the idea of transcending grief and finding redemption running through the album can be directly traced to that event.

I had both the music and lyrics to these songs, though they changed a great deal in the studio, Finn explains. There s a grandness to The Hold Steady that tends to make me write about bigger, more dramatic themes. Some of these songs are more mundane, with minor slices of life that wouldn t best be supported by the hugeness of a rock group. It wasn t always about what we wanted to put in, but what should we leave out? We didn t want to sermonize or moralize. Just let these songs, and characters, be.