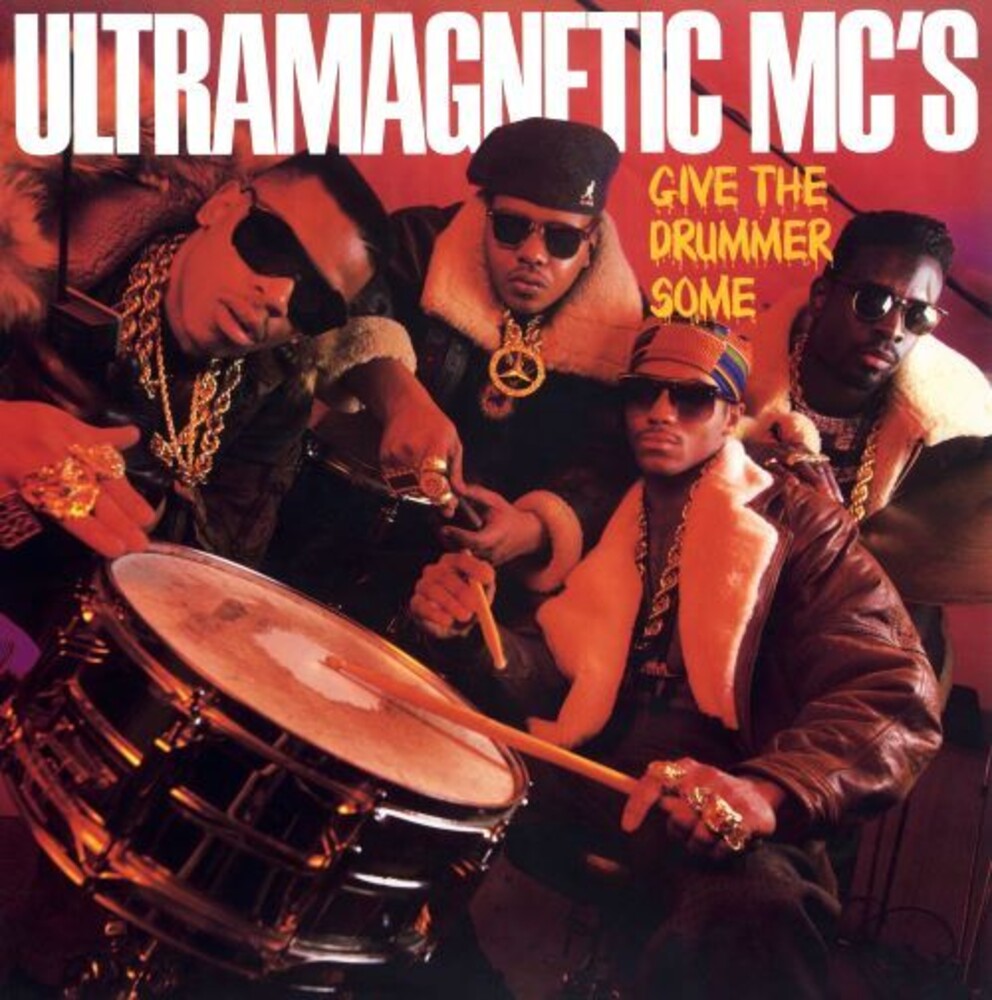 Give The Drummer Some
Artist: Ultramagnetics Mcs
Format: Vinyl
New: Call 919.821.7766 or Email us to purchase or check availability

Black Sheep ? and their 1991 ?A Wolf in Sheep?s Clothing? album - were definitely an outlier in the Native Tongues fold. They were raunchier and more playful than their peers which, given that those peers were A Tribe Called Quest, de la Soul and Jungle Brothers, is really saying something.?Strobelite Honey? catches that difference perfectly, leaning heavily on a pair of 1980 disco samples rather than the jazz of their brethren, and taking a somewhat less chivalrous approach to women. ?Strobelite?s slender but fun narrative sees rapper Dres up in the club and fooled by the lights ? approaching a girl he likes the look off but backing off when they reveal she?s not what he expected. Charmed, we?re sure.Dres and his partner Mr. Lawnge were always willing to push boundaries, and that extends to the often confusing labelling of the various remixes of this choice single. 12?s dropped with the ?No We Didn?t Mix?, ?Yes We Did Mix? and ?Maybe We Did Mix? (not to mention a separate 12? of House mixes).The last and best of these accompanied the original version on the now-rare 1991 7?, as it does here. The ?Maybe We Did Mix? adds urgent horns - almost like the buzzing of a bee - and a new beat to completely reconfigure the sound into something much more of it's era. It?s a reminder of when remixes were about much more than the same beat with different rappers.