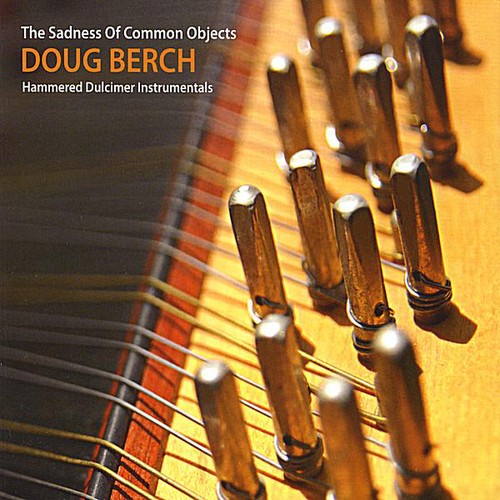 The quieter, more contemplative side of the hammered dulcimer. This is the music I play for myself when I'm at home. The album features audiophile sound quality and mastering. All but one track are solo hammered dulcimer and that track has the addition of low whistle and frame drum. The pieces on this album are predominantly traditional tunes though several are of my own composition. I originally released "Ocean Of Wisdom" on a long out of print cassette (remember those?) in 1990. It has since been recorded by a at least two other hammered dulcimer players. I have been performing since the mid 1970's. During the 1980's I toured throughout the United States and performed at many folk festivals, dulcimer festivals and concert venues. In 1983 I took first place in both the National Hammered Dulcimer Championship and the National Mountain Dulcimer Championship in Winfield, Kansas. I have appeared as a support musician on many albums and soundtracks. I am also a former member of the Celtic ensemble Colcannon. When I was first drawn to the dulcimer and hammered dulcimer I was unaware that many considered these instruments to be musically limited. As I taught myself to play I assumed that any walls I came up against were because caused by my lack of ability, not the potential of the instrument. ------- CD review: Doug Berch is back on the music scene with sumptuous 'Sadness' by Chris Rietz The Lansing State Journal: October 9, 2008 In 1983 he won the National Championship at storied Winfield, Kan., in both lap-style and hammered dulcimer. In 1990 he released "Ocean of Wisdom" on cassette tape (remember those?), a piece that's become his most-requested tune and recorded by numerous others. After a lengthy hiatus, Haslett's Doug Berch returned to music earlier this year by starting an instrument-making business and releasing two CDs simultaneously: one is "Songs From My Past," an original-song and mountain dulcimer program. The other is "The Sadness of Common Objects," a contemplative, all-instrumental hammered dulcimer album - which, for it's pervasive musicality and sheer sonic sumptuousness, may be one of the finest recordings ever made on this simple, sometimes abused instrument. Psaltery-like instruments have been around since at least biblical times, and the dulcimer's simplicity - unfretted strings stretched across two bridges on a soundboard - makes it almost seductively user-friendly: unlike, say, the violin or clarinet, you can make pretty sounds emerge from one of these on the first try. It's too often been an invitation to hacks, even sullied the instrument's reputation - but "Sadness" goes a long way to reclaim the instrument, as well as Berch's own rejuvenated career. Berch seems to understand that he's playing a piano with the keys removed - literally, in that the player strikes the strings with hand-held "hammers." Much of "Sadness" is devoted to traditional melodies, and in Berch's hands (as in "African Hymn" or Willie o Winsbury") they sing on their own, with arpeggiated chords as accompaniment - two "levels" of music, as with the finest pianists. The many stylistic devices - clusters of grace notes, jumps in octaves - are musical ones, not instrument-driven mannerisms. There are three originals: the aforementioned "Ocean of Wisdom" regrooved here, the title cut and the medieval-sounding "The Hand That Gives," with it's harmonically-open chords, behind-the-bridge string bends and lengthy plucked intro. Produced by Berch with a hand from Okemos recording wizard Glenn Brown, "Sadness" is also a triumph in the elusive art of recording acoustic instruments and getting it right; production throughout is clear, intimate, three-dimensional and radiant. Anybody can make a hammered dulcimer sound "pretty" - it does that by itself - but to draw out it's power and beauty requires a real musician and a real sound engineer. The Lansing State Journal.