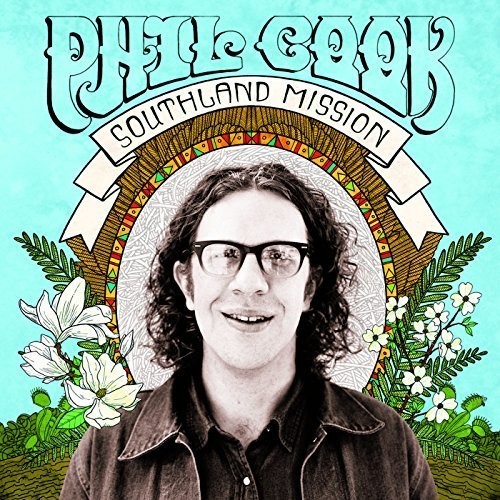 Phil Cook is excited to announce his debut solo album, Southland Mission, out September 11th via Thirty Tigers and Middle West. Cook has been an integral part of an incredible musical community that extends from his hometown of Eau Claire, WI to his current home of Durham, NC. After 10 years in the south, he has become a staple in the area's studios and has produced, composed, written for, and recorded on dozens of regional and national releases including albums by The Blind Boys of Alabama, Hiss Golden Messenger, Matthew E. White, Amy Ray, and Alice Gerrard's Grammy-nominated Follow The Music.

Now it's time for Cook to step into the spotlight himself. He co-produced Southland Mission in a studio in the Blue Ridge Mountains, alongside his brother and co-producer, Brad Cook, and engineer Jon Ashley (The War on Drugs, Dawes, Zac Brown Band, Avett Brothers). The songs have no prerequisite, no pretension. Instead, as a collection, they call on listeners to witness and immerse themselves in their own journey.
While retaining the singular vision of a songwriter, instrumentalist and interpreter asserting his own, Southland Mission is a highly collaborative affair. For the recording of the album, Phil gathered his best friends and players from across the rich North Carolina musical community and beyond to bring his songs to fervorous life. The compositions are Phil's testament to truth in music, integrity in creativity and reverence for those who paved the way for these sounds to fall on our ears.