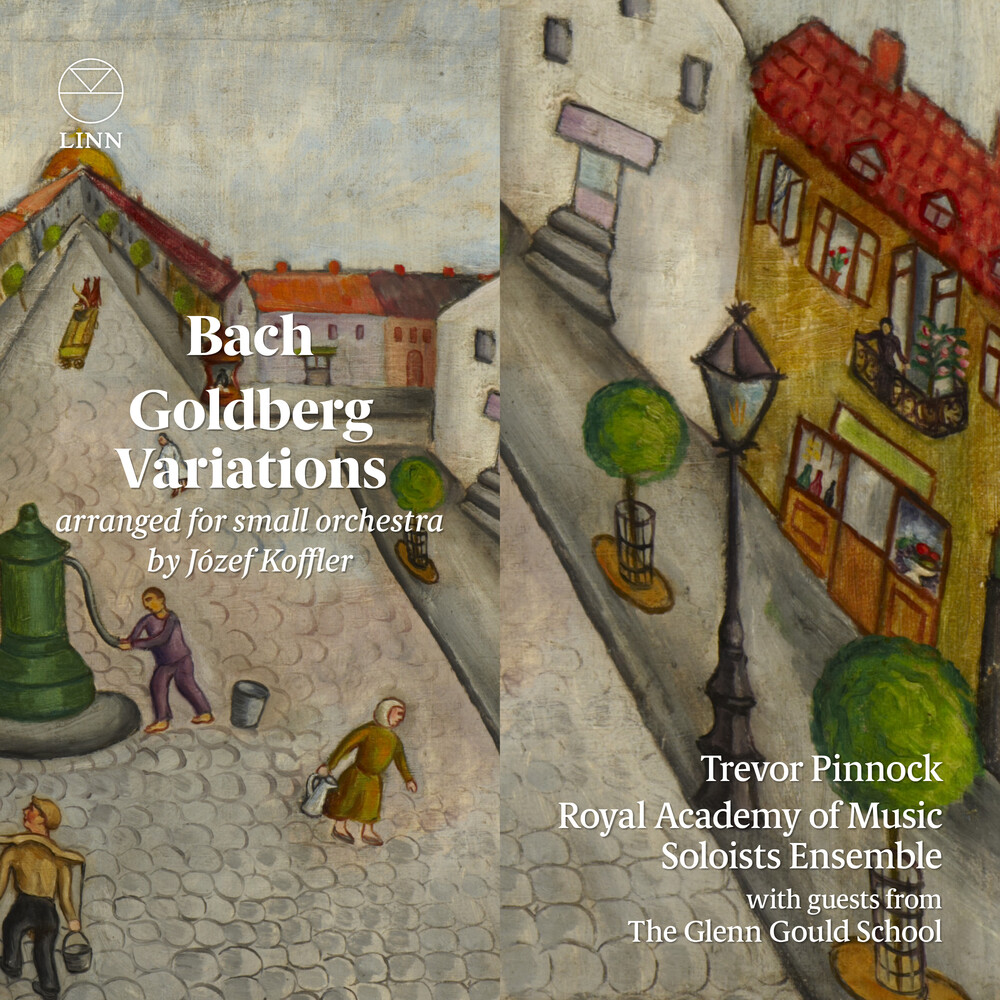 This new recording of JĂłzef Koffler's arrangement of J. S. Bach's Goldberg Variations has been widely anticipated since Trevor Pinnock conducted the UK premiere at Wigmore Hall in 2019. The Goldberg Variations were still largely unfamiliar to the musical public when JĂłzef Koffler completed his extraordinary arrangement -for flute, oboe, cor anglais, bassoon and strings -in 1938. Over sixty years on, the Goldberg Variations are ubiquitous. Bach's encyclopedic marvel of digital gymnastics and musical invention is regularly performed and recorded. Koffler's arrangement cleverly reimagines the work in a naturalistic and compelling way. In it's second transatlantic musical collaboration, the Royal Academy of Music is joined by students from The Glenn Gould School of The Royal Conservatory in Toronto. The partnership with the Academy has produced five recordings with Trevor Pinnock, one with the late Oliver Knussen and one with Reinhold Friedrich in collaboration with The Juilliard School.