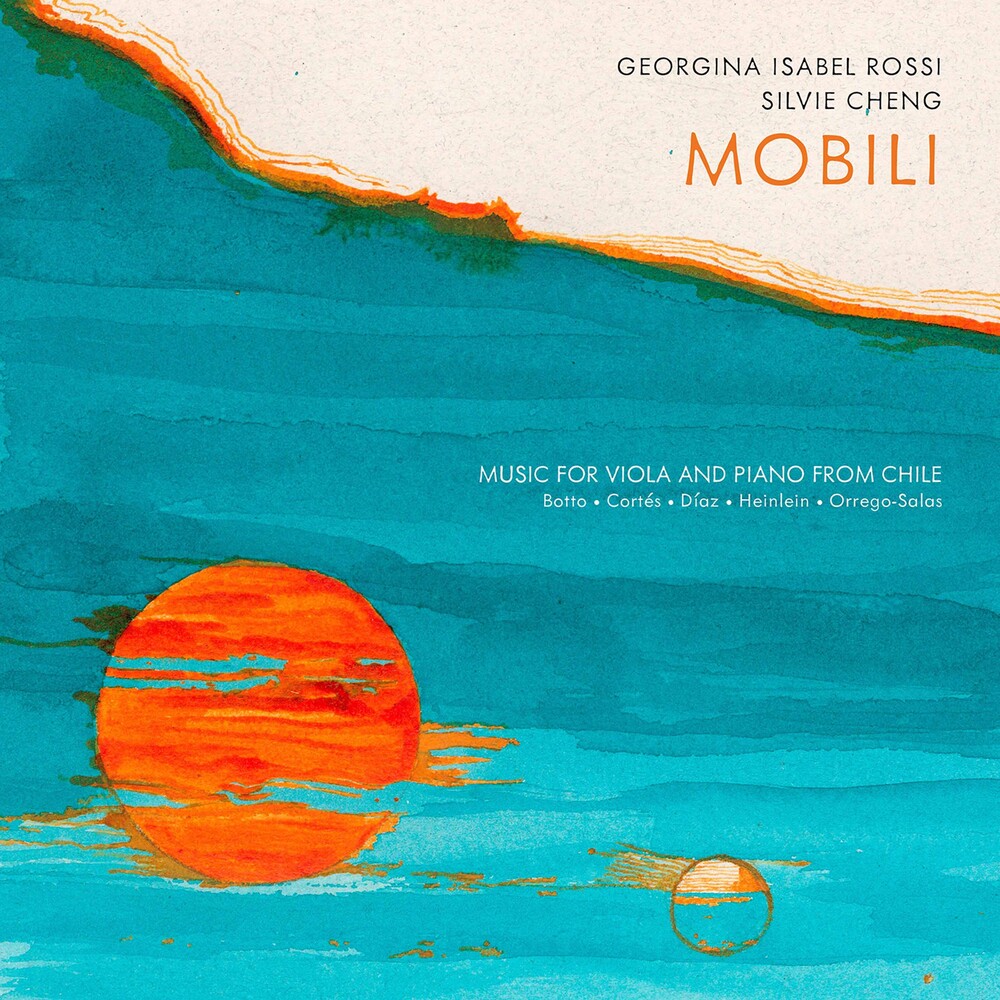 Violist Georgina Isabel Rossi and pianist Silvie Cheng release "Mobili," an overview of Chilean composition featuring viola. Compiling six works by five composers, including five world-premiere recordings, the recording highlights the rich tapestry of influences that have shaped Chilean concert music, from European high modernism to indigenous music of the Andean region. As a soloist, Chilean-American violist Georgina Isabel Rossi has performed with the Orquesta Sinfónica Uncuyo (Mendoza)and the Orquestade Cámara de Chile, and enjoys a varied career on stage in North and South America. Santiago-born, she began her training with her mother, Penelope Knuth, moving to the United States on a Chilean national grant at sixteen to study at Interlochen Arts Academy in Michigan. Ms. Rossi is a member of the Hartford Symphony Orchestra, which she joined in 2016. She is a Fellow of the Toronto and Bowdoin Summer Music Festivals, holds a Master of Music degree from The Juilliard School, where she studied with Roger Tapping, and a Bachelor of Music from the Manhattan School of Music, where she was a student of Karen Dreyfus and Daniel Avshalomov. Lauded for her "extraordinarily varied palette" (WholeNote Magazine) and "purely magical" playing (New York Concert Review), Chinese-Canadian pianist Silvie Cheng made her Carnegie Hall solo debut in 2011. Since then, she has premiered over forty works and performed in esteemed concert halls across the globe, from New York's Steinway Hall to Brussels' Flagey Hall, and Montréal's Maison Symphonique to Shanghai's Poly Theatre.