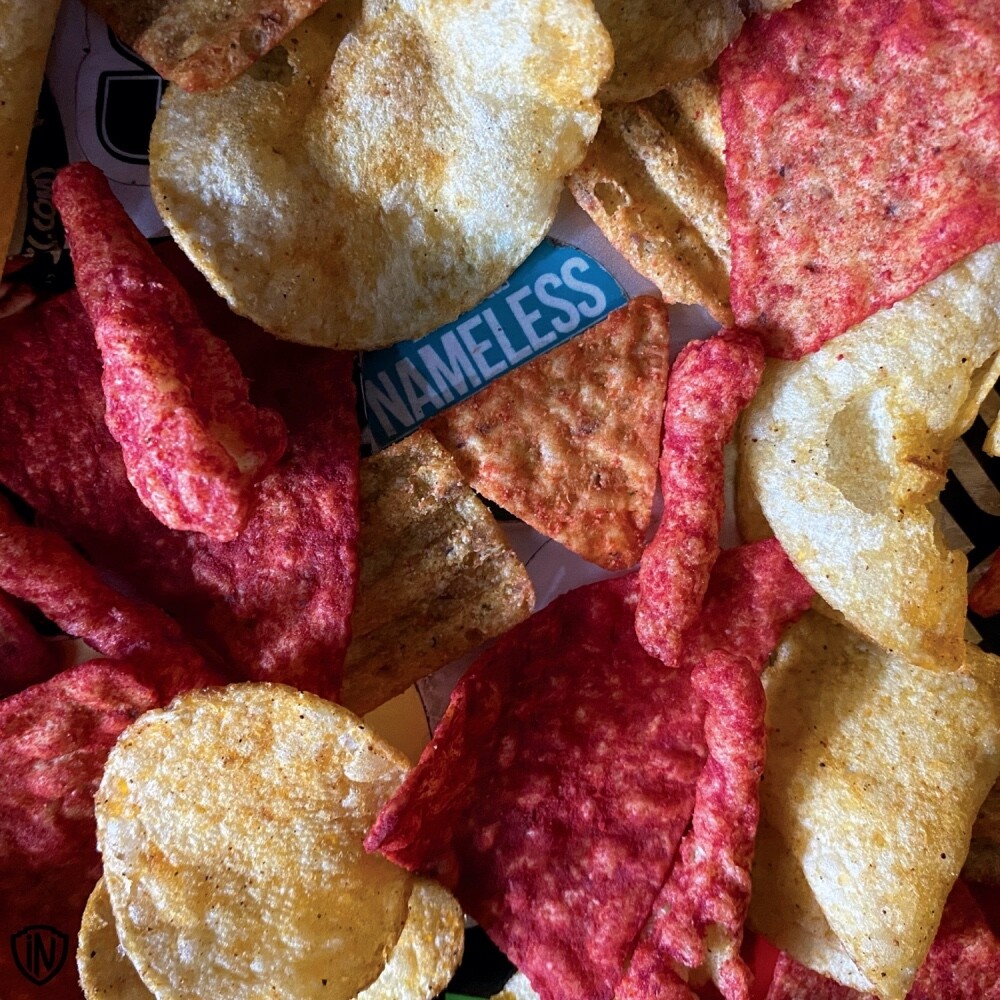 NAMELESS - Raised in Flint, Michigan, he's a producer & also a human time machine for the 90's Boom Bap sound. On this album, "Chips", NAMELESS is releasing a project that has become the most personal of his career thus far. "Chips" became a 2 year creation due to a life of serious events happening: lot of forks in the road, lot of depression, lot of moving from resting place to resting place, and so on. But when a person is passionate about a creation he's been working on for 2 years, they'll go through whatever it takes to see that it comes to life, even if they feel like the process is being dragged. Almost every track on the project involves a story, such as tracks like "Aisle 5"... a non-sampled, Flying Lotus-channeled joint, arguably his most soothing beat, created right after he was laid off from his job, truck driving. The beat was officially completed while sitting in his car, on break from driving for Lyft. It includes a posse cut titled "4 For $1" which features 4 talented rappers: Nametag Alexander, lojii, Vic Spencer & Brain Orchestra... The track also includes 4 beats in one. [hence the title "4 For $1" which is a nostalgic memory of chips that used to be 4 for $1 back in the days] It also has a featured metaphorical spoken word on chips from his good homie Donnie McMillan Jr. On the end of the track "Pringle's" and you won't be able to forget the melodic harmonies from his sis, Lyric Jones towards the end of the track "Harvest Cheddar Sun Chips". The "Chips" project has been molded into a perfect masterpiece to the point that NAMELESS reached out to his mentor & good friend House Shoes and told him that this project was his own version of "Donuts"... and that's a huge statement. Hope you enjoy! For fans of: J Dilla, Devonwho, House Shoes, Kutmah, Flying Lotus