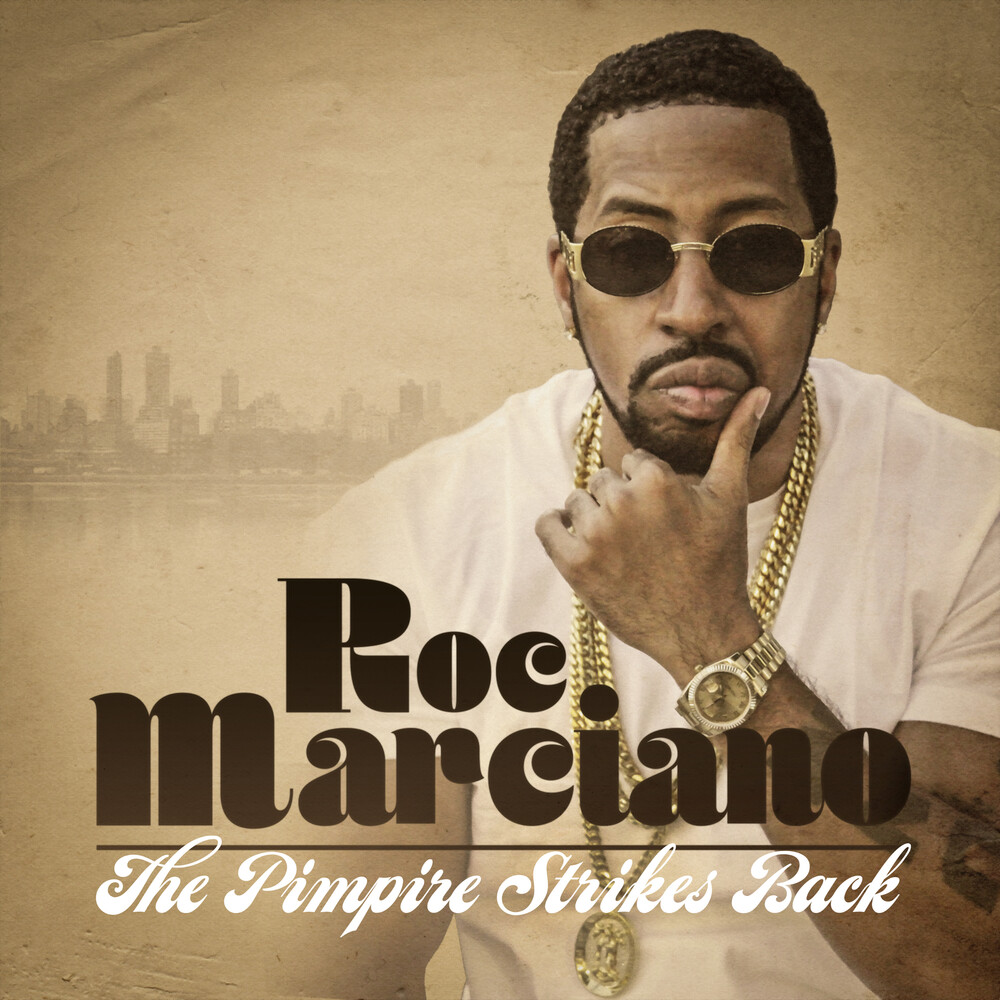 After handling mainly production duties on the recent Marci Beacoup, Roc Marciano returned to the mic with his trademark flair for street stories, gritty beats, and tongue-twisting allegories. The Pimpire Strikes Back invites you into Roc's world, the Pimpire, in which he takes you on a cinematic journey. Features include: Action Bronson, Willy The Kid, & Knowledge the Pirate. Beats by Madlib, Evidence, Alchemist & Roc Marciano himself.