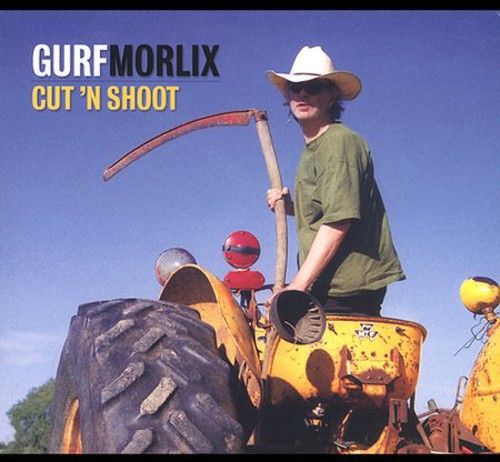 On his third outing, guitarist and producer Gurf Morlix shifts gears with a cranking clatter. While his previous recordings were saturated with loud and greasy guitars and killer bluesy riffs that provided enough good vibes to start-or end a party, this set is markedly different; it's a solid country record, stripped to the rag and bone shop of the heart, and full of broken love songs. And though the subject matter is on the low-down side of lonesome, the musical groove is prescribed as pure honky tonk pain management. Morlix, who wrote or co-wrote all but one song here, plays everything but drums on this set; that's left to the great Rick Richards. The 13 songs here reflect the timelessness of a relationship and in Morlix's lyrics one thing becomes painfully clear: when it comes to men and women, there is nothing new under the sun. 'Yesterday She Didn't,' speaks in it's Western swing drawl to the inconsistency of a lover who bounces both sides of the emotional fence in regard to the protagonist. Loping, acoustic guitars stroll out the tough tale, but the singer seems to accept that this is just the way it is - his feelings remain the same. 'Were You Lyin' Down?' It's answer line 'when you stood me up' is self explanatory, but in the ringing Telecasters and two-stepping bass, it becomes a country & western dance tune Ă  la Buck Owens. The singer may be brokenhearted, but he might as well strut his way through the pain on the barroom floor. In the jukebox honky tonk of 'Without You,' the roadhouse becomes the temple of confession for love's great losses. Again with Richards' setting the backbeat, Morlix fills his lines with spare and tight single-string runs and loping turnarounds and one can smell the smoke and stale beer in the atmosphere. The shimmering bluesy country of 'The Whole Truth,' evokes the ghosts of Roscoe Holcomb, Dock Boggs, and Leon Payne on banjos, slide guitars, and rocksteady bass. 'Where There's Smoke,' written with Jim Lauderdale and featuring backing vocals by Linda McRae, has been sung by every man who feels trapped inside the cancerous grip of dying love; problem is, he usually prays these words into the night air or into the bottom of a beer glass. Here it feels like the protagonist, buoyed by pedal steel and shimmering acoustic guitars, is ready to speak his truth and get it out in the open. The point is, Morlix offers a new side of himself here as a songwriter. We always knew it was in him - after all, those solid country vibes on the Lucinda Williams albums he played on haven't been heard since he left the band. In offering it, he displays just how masterful he is at communicating directly, with requisite irony, humor, and a gritty, honest approach that is sorely missing from almost all country records these days. Just get it.