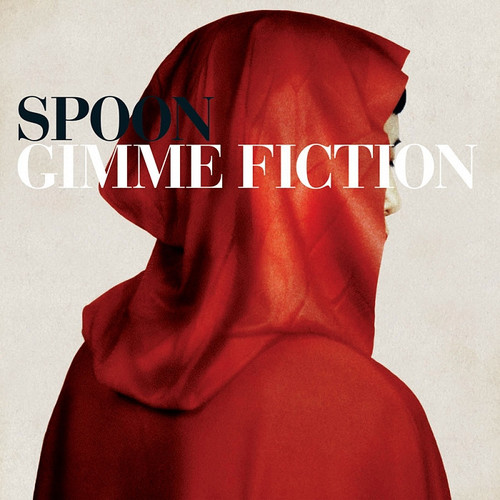 To celebrate the 10th anniversary of the Spoon classic, Merge will release a deluxe limited-edition version of Gimme Fiction on double-LP (180g) and double-CD. The reissue contains the album remastered by Howie Weinberg from the original tapes, a second disc with 12 previously unreleased demos from the era, nine additional bonus tracks via digital download, and a full-color book containing photos and an extensive oral history of the making of the album.

The deluxe LP package will also include a 24” x 36” poster. Gimme Fiction dragged the sonic pointillism of Kill the Moonlight further into dub-influenced weirdness as the increasingly confident Spoon went crazy in the studio, experimenting with everything from warped hip-hop samples to horse whinnies. How all this directionless Dylan worship and psychedelic goofing resulted in an album as sharply realized as Gimme Fiction is a testament solely to Spoon’s self-assurance and tastefulness (and some hard work, and a bit of luck, etc.). Whatever digging or strange alchemy had to go into it, they only produced more gold. Gimme Fiction deserves special recognition because it’s the album where Spoon—backed into a corner—took some crazy leaps, all of them forward. It’s a “departure point” for a band that, lucky for us, has never made a real departure. And when it came time for a reissue, we knew it deserved a lasting place on vinyl, right alongside every other indispensable record in Spoon’s discography.