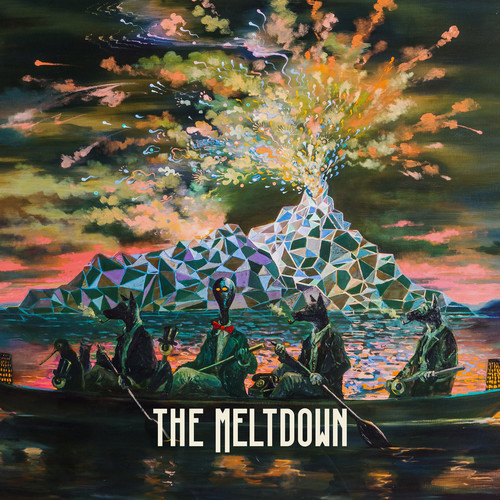 The Meltdown, Melbourne's purveyors of the finest country soul are pleased to announce the release of their debut self-titled LP on 7th April. Joyous, upbeat and fiery, the second single 'Don't Hesitate' lifts us up and onto the dance floor urging us to push aside our fears and troubles and live in the moment. Blazing horns, sugar sweet backing vocals and Simon Burke's honey voice take us back to the days of Stax and Motown with a little Nashville for good measure. After the sweetness of the last single, the ballad 'Colours In The Sky', this is a more boisterous taste of the album. The album blends country, gospel and 60s soul with Burke's enigmatic songwriting style and Lachlan McLean's soulful horn arrangements. The result is a unique take on Australian soul music and a record full of life, energy and deeply felt storytelling. With the bloodlines of southern soul; the space, the groove, the horns, and a dash of traditional country songwriting, The Meltdown have grown into something that is their own. The band's first release, the 2015 EP Better Days, recorded in a day on a shoestring budget has since sold out three pressings of 7" vinyl, clocked hundreds of thousands of streaming hits worldwide and featured in the soundtrack of US cable show Rosewood. Following this success the band have been honing their songs and sound on the Australian festival circuit, with appearances at Queenscliff Music Festival and Summer of Soul.