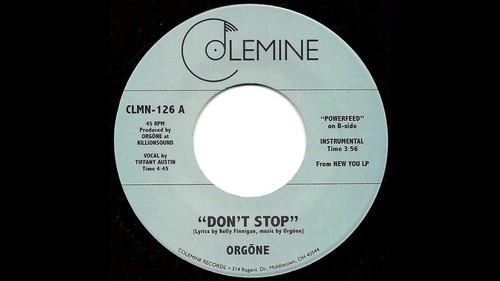 Orgone, veterans of the fertile LA funk scene with a number of releases with Ubiquity Records are back with their first single off of their self- released "New You" LP. "Don't Stop" is some heavy, uptempo boogie funk featuring Tiffany Austin on the vocal. Super nasty disco that gets folks moving! While "Powerfeed" on the B-side is some straight up nasty instrumental synth funk.