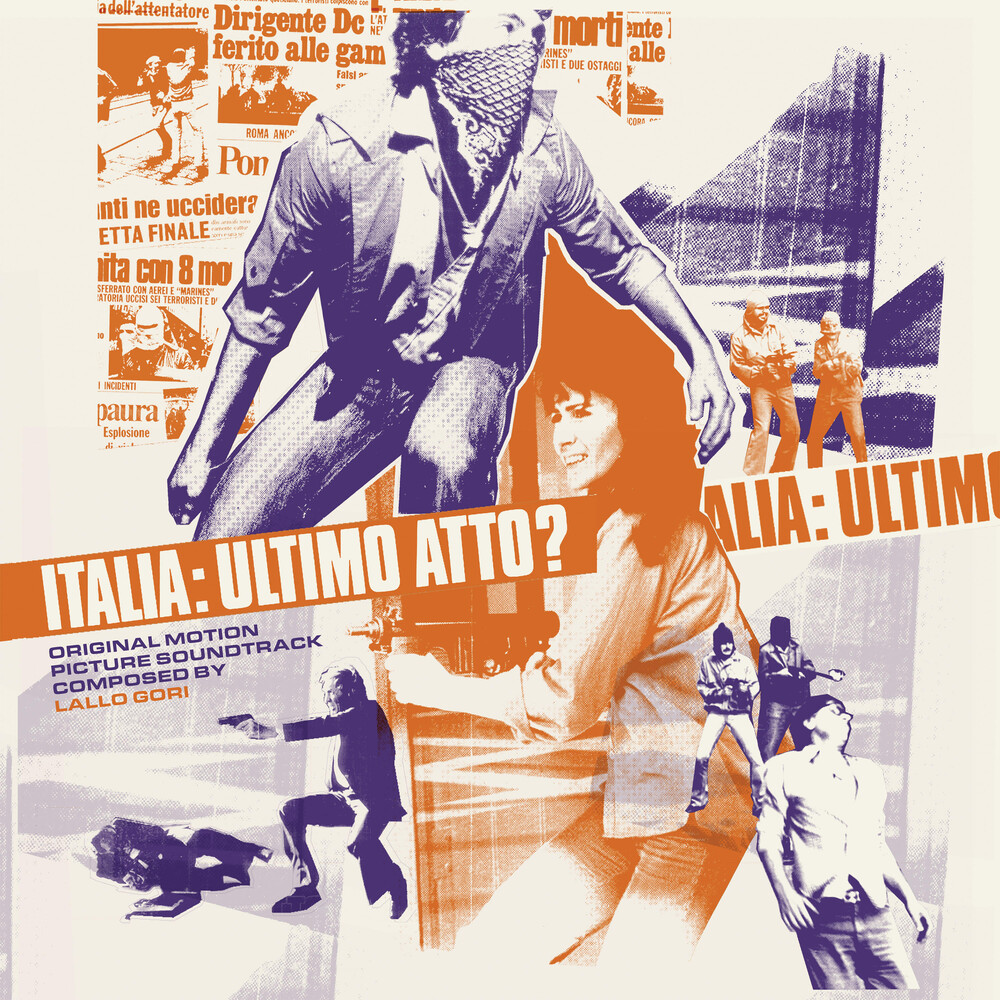 In 1977, in the midst of a period of political turmoil and social unrest that went down in Italian history as "years of lead", screenwriter and director Massimo Pirri made a film no one else had the courage to make: Italia: ultimo atto? (Could It Happen Here?). Here, Pirri explores the controversial (and, in the 70s, very current) topic of left-wing armed struggle. He does so through a storyline that is almost prophetic: in the film, a mysterious ultra-leftwing armed group plans and executes the killing of the Ministry of the Interior; in 1978 Christian Democrat leader and former premier Aldo Moro was kidnapped and killed by the Marxist-Leninist Red Brigades). The violence of Pirri's storyline is fully captured by the score composed by Lallo Gori, who uses obscure synths, analog keyboards, and dry-sounding acoustic drums to create an extremely tense and frenzied soundscape of electronic textures. The result is an album that combines dark, haunting jazz-funk with ambient atmospheres and suspenseful electronic sounds, and which ends up sounding like an instrumental proto-hip hop record where Moog synths take the lead together with drums. At the time, this must have seemed like a low-budget, ramshackle soundtrack - essentially, a B-movie soundtrack. Indeed, the extensive use of electronic sounds was meant to compensate for the lack of acoustic instruments, such as the bass or (alas!) brass, which were replaced by keyboards and MiniMoog synths. Today, however, Lallo Gori's odd and minimalistic style of arranging makes this score sound unexpected, avant-garde, and innovative. In short, modern and contemporary. Previously unreleased in any format, all tracks have been remastered from the original master tapes.
back to top