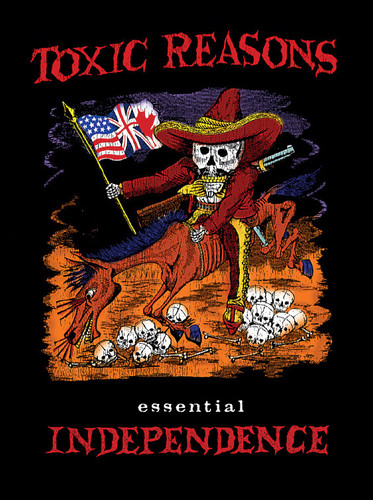 Deluxe CD/DVD release. 2015 collection from the hardcore heroes. Essential Independence includes the rare `War Hero' single (with a bonus track not included not the original), the highly sought after Ghost Town EP, and the classic Independence full-length album originally released in 1982 and quickly became a hardcore/punk classic. As if that wasn't enough, Essential Independence also includes the very rare Live Berkeley Square: December 1981 show where Toxic Reasons not only belted out a tight ferocious set, but also performed several songs that would end up never up being recorded again! Besides 31 blazing tracks, Essential Independence comes with a 12-page booklet featuring liner notes from the band, rare pictures and flyers, as well as the original illustrations and lyrics from the poster that came with the Independence LP. To top things off, a DVD featuring Toxic Reasons' 20 year reunion show is included! So you get to not only hear, but also see and witness, the legend that is known as Toxic Reasons!