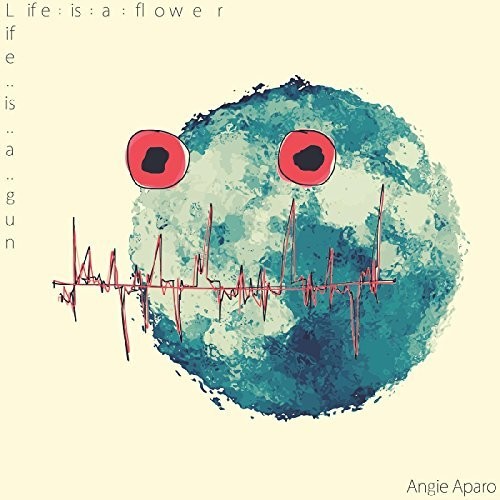 The collection of new songs Life Is A Flower, Life Is A Gun almost didnt make it,to tape,to the recording microphone, to the stage. Its been a while since the musical world has heard from Angie Aparo, his last album was released almost eight years ago. You might know him from his songs, being covered by Faith Hill, Big & Rich, Edwin McCain, Sheila E. and Miley Cyrus. You might go his solo shows. If you have cd, THE AMERICAN; you heard greatness, if you saw him live; you saw genius, and now this album. Angie suffered a stroke at the age of 55: Created solely by Angie himself, using computer loops, traditional instruments, and the voice of Siri give his songs a visual texture to the audio landscape capture in his mind. Angie is an audio scientist when it comes to his art form and thats why hes so exemplary. As a stroke survivor, its important to me to raise awareness about stroke, which can happen to anyone at any time, said Aparo. It wasnt always easy, but I came back strong from a stroke and have returned to my music career with a newfound appreciation for life. Music saved me and now I want to share my gift with others by playing a few songs at the National Stroke Associations Comeback Trail 5K in my, hometown. As Life Is A Flower, Life Is A Gun opens up we have an artist that had to reboot, restart and relearn. Angie has regained, released and in the process has been reborn since that mind-shattering day. But if anything, we all can learn from him. For as a society we tend to give sympathy out to those have fallen ill, suffered or in deep pain with their minds or bodies. And Angie does want your hugs but he also you wants you to take his determination and inhale it for yourself.
This website uses cookies to personalize content and analyse traffic in order to offer you a better experience.
I accept Learn More
back to top