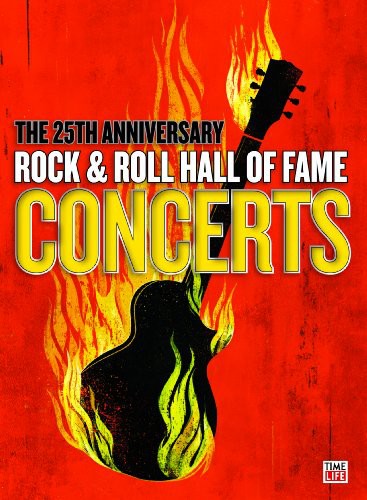 Three DVD set containing all four hours of the HBO special on the first two DVDs plus a bonus DVD featuring 16 exclusive performances not seen on HBO. On October 29th and 30th, 2009, Rock 'n' Roll royalty held court at Madison Square Garden for what have been called "the best concerts ever," where "Rock 'n' Roll history was made." in celebration of the 25th Anniversary of the Rock And Roll Hall of Fame, the concerts in New York City featured a who's who of rock from the '50s to the '90s and included artists performing together in unique combinations that will most likely never be seen again. Now, this critically-acclaimed and highly-rated HBO special is available on DVD for the very first time! Features all 51 performances from the acclaimed HBO special, plus 16 performances not seen on HBO.